Eight candidates in the race for the post of RBI Deputy Governor, to be interviewed on 23 July 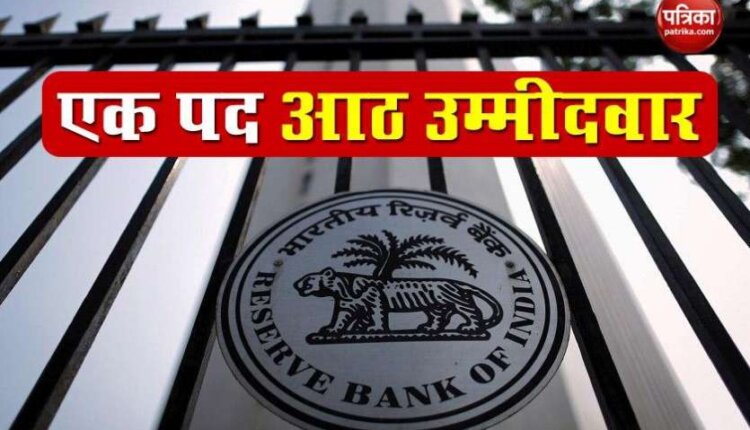 new Delhi. Reserve Bank of India ( reserve bank of india Deputy Governor () rbi The names of 8 candidates for the post of Deputy Governor have been shortlisted. These candidates will be interviewed on 23 July by the Cabinet Committee led search committee. According to information Reserve Bank of India Senior deputy governor NS Viswanathan relinquished his post on March 31, three months before his extended term due to a health issue. He remained with the RBI for nearly 39 years.

Also read: Due to Moratorium, the NPA of these 5 private banks will double

Interview will be done through video conferencing
According to the information, eight candidates have been shortlisted for this post by the Financial Sector Regulatory Appointment Search Committee. Whose interview will be held on July 23 through video conference. Apart from Cabinet Secretary, RBI Governor, Financial Services Secretary and two independent members are included in this review. According to the information, after the interview, the name of the selected candidate will be sent to the Appointments Committee of the Prime Minister-led Cabinet for final approval.

Dharmendra said about Amitabh Bachchan- Jaya, don’t you worry, my younger brother will be fine soon