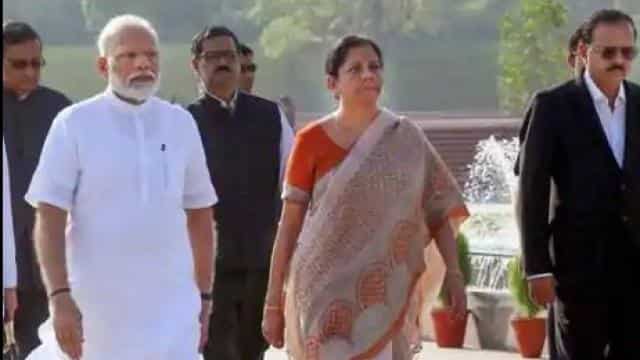 Union Finance Minister Nirmala Sitharaman announced a 5-day specific framework of the Rs 20 lakh crore economic package and more than 50 announcements to help the Indian economy recover from the epidemic crisis. Through these declarations, he laid the foundation of “Self-reliant India”. Shortly after the announcement on Sunday, the finance minister briefed R Sukumar and Shishir Gupta about the rationale behind the measures in a detailed interview. He emphasized that this package would provide relief to both the businessman and the common man. Let’s know what else the Finance Minister said about this relief package ..

Question: How do you describe a package in one sentence?

answer: Actually the Prime Minister has said in this one sentence that the package will be focused on land, labor, liquidity and laws. We have done this. Every sector has been helped. I think this is a reasonable package. And it reaches every section. All are expected to benefit from this.

Question: Now that the entire package has been announced, what is the status of the budget?

Finance Minister’s reply: We have taken cognizance of one thing before the announcement of the package and that is borrowing. The government has raised the borrowing limit to Rs 4.2 lakh crore for this year. That is why we released a new program of taking loans, but will have to wait and watch for the rest of it. Because it is too early to assess revenue generation and disinvestment right now. We have 10 more months.

Question: You have told us about lending; Will this be enough to meet any revenue shortfall? Or will it need to borrow even more?

answer: We did a comprehensive assessment as per requirement and then it reached Rs 20,97,053 crore. At that time we were conscious.

Question: There are some sectors like aviation, tourism, hospitality, entertainment, where even after one year, if you give them money, these companies are going to struggle because there is no demand.

answer: They will come under one or the other schemes, which we have brought with banks (credit). Therefore, no one is going to remain untouched by this.

Question: The package you announced on the monetary and liquidity components is being criticized. It is being said that it is just 10-15% of the fiscal cost?

answer: It is amazing how comparisons are made to what other countries have given. At this time, I would request everyone to focus on where the money is going. I think it is important to reach those sections (of the population) who need relief to survive. And not only individuals. If the extra money does not reach the smaller units, they cannot pay wages. They cannot buy raw materials and run their units at 10-15% capacity. So I am making sure where the money goes. Wait for its effect.

Tiger Shroff looked like this before, would be shocked to see old photos