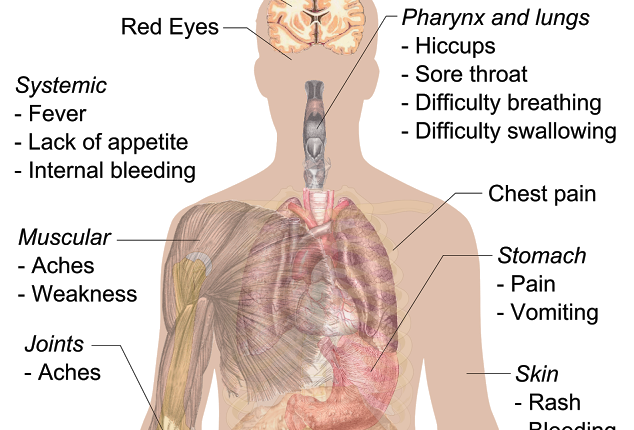 Not very long after the fear of global Ebola Pandemic has subsided there is a new scare of another viral outbreak. One person was reportedly admitted to hospital, and eight others are believed to be quarantined with close inspection of the subject’s health.

The unidentified patient was admitted to the University of Alabama, Birmingham hospital on Tuesday night and then kept under observation after showing Ebola like symptoms. The victim is believed to have traveled to the USA from a country where the infection has still not been completely eradicated.

“We had a situation today in which somebody who had recently moved to a country where there are still some active cases of Ebola had been returned to the U.S.,” Jefferson County Medical Director Edward Khan said.” This person would fit into our low-risk category, meaning they did not come into contact with any known Ebola cases while over there, and they didn’t participate in any high-risk activities such as burial ceremonies or health care work.”

Two of the rescue workers who attended to the patient have also been quarantined and monitored at the same hospital. Additionally, four other rescue workers have been stationed at a firehouse inside Birmingham at the close watch. It is unclear how the rescue workers came in contact with the patient. The patients are checked for their temperatures twice a day and whether they are showing progressing Ebola like symptoms. The blood work for the patients has been submitted on Tuesday night with the results awaited today.

None of the hospital staff have been reported of having a close contact with the unidentified patient. The hospital is taking necessary precautions and training its personnel to safeguard itself.

The news comes in light of reports of a breakthrough in creation a new 100% effective Ebola vaccine.

MH 370 Wreckage Found Off the Coast of Madagascar Islands