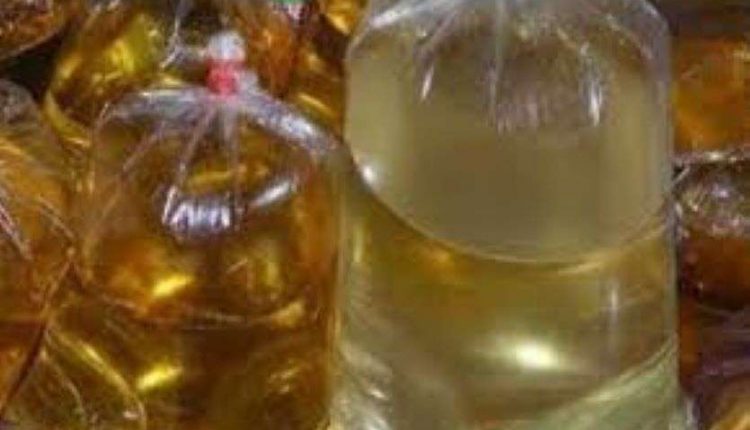 New Delhi. Despite the projected increase in mustard production, there is no scope for consumers to get relief from the inflation of edible oil. The prices of all the food oils are touching the sky. Prices continue to rise due to the low global supply of oil and oilseeds. In the edible oil complex, the price of the cheapest crude palm oil has risen 89 percent in the last 10 months. Due to increase in the price of palm oil, there has also been a strong jump in the prices of other edible oil.

The price of edible oil increased in this way in the year
The crude palm oil (CPO) March contract on Thursday, the country’s largest futures market Multi Commodity Exchange (MCX), rose by Rs 1,072 per 10 kg, 89 percent faster than the one-year low. During the last one year on May 7, 2020, the futures price of CPO was broken by Rs 567.30 per 10 kg on MACX. At the same time, speaking of the wholesale price in the spot, on May 7, 2020, the wholesale price of palmolein RBD at Kandla Port was Rs 68 kg which increased to Rs 116 kg on Thursday. Imported soy oil at Kandla Port is currently priced at Rs 118 per kg and sunflower oil at Rs 157 per kg. Mustard oil benchmark market in the country The wholesale price of raw condensed mustard oil is currently running at Rs 125 per kg in Jaipur.

Also read: Signs of relief for the government, Moody’s estimated India’s growth rate to be 13.7% in next financial year

Expensive oil in international market
If the edible oil industry organizations of the country are to be believed then there is little chance of inflation of edible oil before April. Davish Jain, chairman of the Soybean Processors Association of India, said in a media report that edible oil prices in the international market have become very high, making imports expensive, so the price of edible oil is also at the highest level in the domestic market. He said that till the new mustard crop does not come in the market, then there is less chance of a fall in the price.

Why the prices went up
According to Dr. BV Mehta, Executive Director of Solvent Extrater Association of India, the global production of sunflower is at a low level. Rapeseed production is low. Palm oil production in Malaysia did not increase as much as it should. New crop has been delayed in Argentina and Brazil and mustard crop has also been delayed by 15 to 20 days in India. Apart from this, due to increasing cash flow in the international market, people are investing money in the commodity. It is also a factor of speed.

Also read: RBI Governor’s big statement on the prices of petrol and diesel, know how much the price today

60 percent import of requirement
India imports more than 60 per cent of its total oil requirement. In a recent meeting of the Sixth Governing Council of NITI Aayog, Prime Minister Narendra Modi expressed concern over this. The Prime Minister said that despite being an agricultural country, India has to import about Rs 65,000-70,000 crore of edible oil annually. He appealed to increase edible oil production and said that this money can go into the account of the farmers of the country.

Loss of more than 3.5 lakh crore rupees in just one minute, know the reason