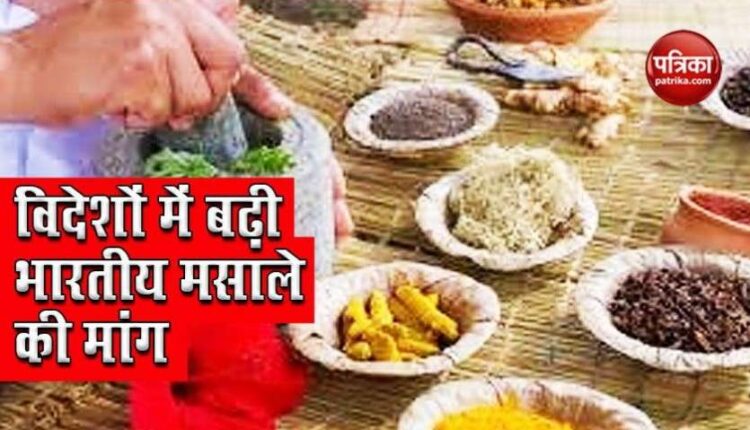 new Delhi. The use of drugs in our country has been going on for a long time. We use medicines even in the morning by taking morning tea at home and even the spices that fall in the food. But with the changing times, people were reducing its use but at this time it has once again been used quite rapidly to avoid the corona epidemic. Now these spices are being used not only in India but also abroad. People from abroad are also drinking the traditional decoction of India. For this reason, the spice used in India is now being exported abroad very fast.

According to the information received, during April-July this year, there has been an increase of 10% in the total export of spices.

It is said that the demand for Indian spices is increasing in such a way that 4.33 lakh tonnes of spices were exported in April-July, which was estimated to be worth Rs 7760 crore. Whereas last year, these spices earned Rs 7028 crore. Thus, it has come to light that more than ever this year, there has been a profit from the export of spices.

It is being told that foreigners have come to know that Indian spices have a lot of immunity enhancing properties, so the demand for spices is continuing to increase. Due to this, ginger, turmeric, cumin and Coriander demand has been higher than other spices.

Please tell that India is the first country which has been exporting spices to many countries like America and Europe, but now in the Corona period, demand for Indian spices is also seen in countries like Bangladesh, Morocco, Iran, Malaysia and China. Has been Along with India’s hot spices, other spices are also being exported rapidly. In which spices like ginger, turmeric, coriander, cumin, bay leaf, garlic, chilli, cloves, curry powder are being exported rapidly.