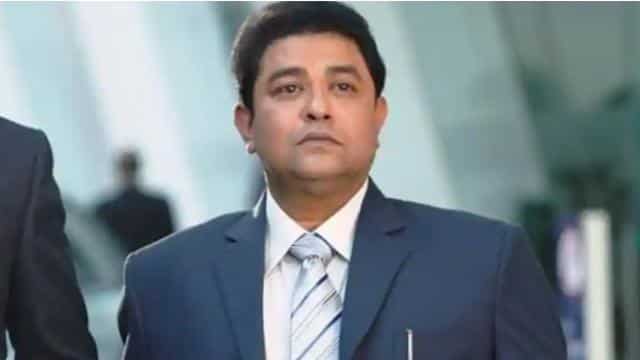 ‘Sasural Simar Ka’ actor Ashish Roy is hospitalized. Recently, he informed people through Facebook that he is in ICU and he needs money to get treatment. Now Ashish has appealed to the hospital to be discharged. He says that there is no money left and he will no longer be able to fill the bill.

Giving an interview to The Times of India, Ashish said that I am already watching the cash strait. My condition has worsened due to lockdown. There was a savings of two lakhs, which I used to pay for two days of hospital bills. First I got Kovid-19, which took 11 thousand and the rest of the medicines were different. 90 thousand rupees are used in one-time dialysis. My treatment requires four lakhs, but I do not have that much money. So I want to go home now. I cannot afford this treatment. Some people are helping me so that I can be discharged after paying the hospital dues. I can not stop here now, even if I have to die tomorrow.

Ashish’s co-star Suraj Thapar says that Ashish is trying to sell his two BHK flats, but due to the lockdown, he too is in a hurry.

Ashish had earlier told that from May 18, I am admitted in the hospital. The condition is quite serious. A bill of two lakh rupees has been arrived in two days. And further, he will not be able to get treatment because he has no money left.

Priyanka Chopra and Nick Jonas’s US home is very luxurious, see inside photos

Ashish further says that I have no money. I gave two lakhs to the hospital because I had made so much bill for two days. Now not even one rupee is left. Many people are coming forward for help. He is calling and asking. Let’s see what happens next. Due to the virus, I have been kept in a separate ward. Which is quite expensive. I have dialysis. And lasts for four hours. Medicines and injections are also very expensive.

Please tell that earlier this year, Ashish was admitted to the hospital due to illness. About 9 liters of water was stored in his body. The doctors extracted water from his body after a lot of hard work. It is worth mentioning that Ashish has done ‘in-law Simar Ka’, ‘Banegi Apni Baat’, ‘Byomkesh Bakshi’, ‘Yes Boss’,’ Ba Bahu Aur Baby ‘,’ Mere Angne Mein ‘,’ Kuch Rang Rang Pyar Ke Aisi Bhi ‘and’ Has worked in many TV shows like Aaram.