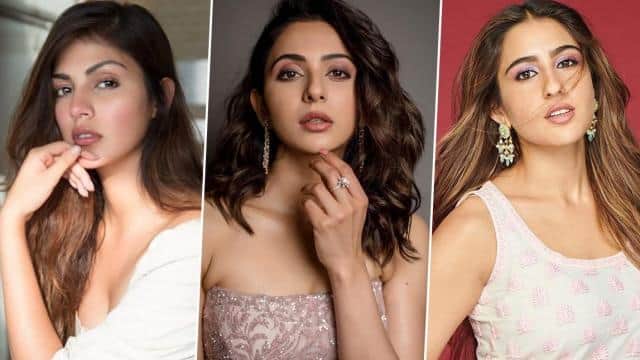 Riya Chakraborty is in Mumbai’s Byculla Jail in the drugs case related to the Sushant Singh Rajput case. He is yet to remain in judicial custody till 22 September. After Riya’s arrest, now the NCB (Narcotics Control Bureau) is preparing to clamp down on many Bollywood veterans. According to the report, Riya has named several big stars in the interrogation who take drugs and join the drug party.

As reported by Times Now, NCB has a list of 25 such names which include Sara Ali Khan, Rakul Preet and designer Simon Khambata. In such a situation, all three have come under the radar of NCB. It is being told that NCB is preparing to send summons to these stars. Let me tell you that Simone’s name was revealed in Riya Chakraborty’s WhatsApp chat, in which there was talk about drugs.

Disha Patni returned to the set after lockdown, actress expressed her happiness

Let us tell that in the drugs case related to Sushant case, all the six accused including Riya Chakraborty, Shouvik Chakraborty were arrested by the NCB last week. After this, the court sent everyone to judicial custody. On Friday, a special court in Mumbai rejected the bail application of all these accused, including Riya.

Shekhar Suman said to Amitabh Bachchan – Sushant Singh Rajput’s fans are the fastest in the world, know what is the matter

Earlier on Tuesday, the magistrate court refused to bail Riya Chakraborty. Riya then tried for bail a second time, which also shocked her. Now Riya Chakraborty is considering knocking on the door of the High Court. His lawyer Satish Manashinde said that after getting a copy of the court order, he would consider the decision of going to the High Court next week.

If the address has to be updated in Aadhaar, it is important to stamp with the photo in the bank passbook, learn the rules