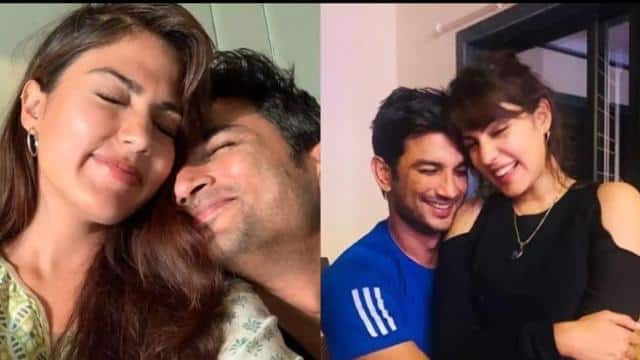 Every day new revelations are happening in the Sushant Singh Rajput case. Now there is a new twist in the episode, which has shocked everyone. Riya Chakraborty’s WhatsApp chats have led to a big revelation, raising suspicion of a ‘drug conspiracy’ in Sushant’s death. Times Now reports that the narcotics link of Sushant’s death is coming out. Excerpts from Riya Chakraborty’s WhatsApp chats have now surfaced.

Riya Chakraborty has spoken to many people in these chats. It is being told that these are retrieve chats, which Riya had deleted earlier. The first chat is between Riya and Gaurav Arya. Explain that Gaurav is the same person who is being told as an accused drug dealer. In this chat it is written, ‘If we talk about hard drugs, then I have not used more drugs.’ Riya sent this message to Gaurav on 8 March 2017.

Saath Nibhana Saathiya: Viral video ‘Who was there in Rasoi?’ But ‘Gopi Bahu’ reacted

In the second chat also Riya talks to Gaurav. In this Riya asks Gaurav, ‘Do you have MD?’ Here MD refers to the drug MDMA which is considered quite strong.

The third chat is between Riya and Jaya Saha. This chat is on 25 November 2019. In this, Jaya says to Riya, “I have asked her to co-ordinate Shruti.” In the fourth chat, Riya says thank you very much. In response, Jaya says, “No problem bro, hope it will be helpful”.

In the fifth chat, Jaya says to Riya Chakraborty, ‘Put 4 drops in tea, coffee or water and let it drink. Wait 30 to 40 minutes to see the effect. ‘ There was talk between the two on 25 November 2019.

After this, there is talk again between Miranda and Riya. In the chat, Miranda says, “Hi Riya, the staff is almost finished.” This chat is of April 2020. In April, Miranda again asks Riya in another chat, “Can we take this from Shouvik’s friend?” But he only has hash and bud. ”These are considered low level drugs.