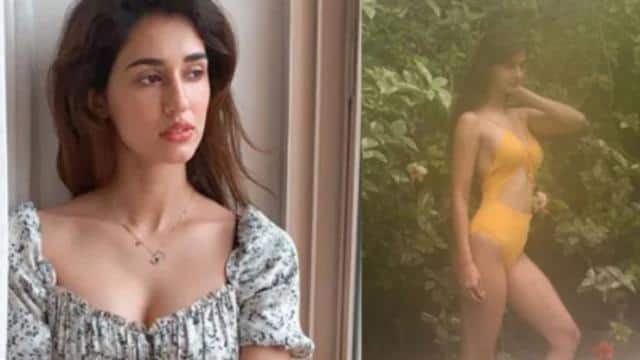 Bollywood’s beautiful actress Disha Patni remains very active on social media. She often shares her photos with fans. Disha’s social media platform has a large number of fans. Recently, he shared a blur photo of him wearing a yellow monokini, after which fans started trolling leaving him compliments. Users wrote that such a photo comes when you use a cheap phone.

One user wrote, “The results of taking a photo from a cheap phone.” Another user writes, “Better clarity comes from my live phone.” Disha Patni is getting fierce trolls for her photo. Let us know that recently, Disha Patni has got 40 million followers on Instagram. On this occasion, Disha shared a video thanking her fans for their love and support, in which she was seen doing workouts while lifting a weight of 60 kg on the shoulder in the gym. Disha shared the video, writing, “Absolutely 40 million such, weighing 60 kilograms, my dear fanclubs, thank you all for your love and support. I am nothing without you guys. “

Talking about Disha’s upcoming project, she will be seen in Salman Khan’s film ‘Radhe: Your Most Wanted Bhai’. According to the report, Salman Khan has started shooting for this film. Disha Patni has also reached the location. The film has 10 to 12 days of shooting left. The schedule also features a song which will be shot on Salman and Disha. The film is being directed by Prabhu Deva.