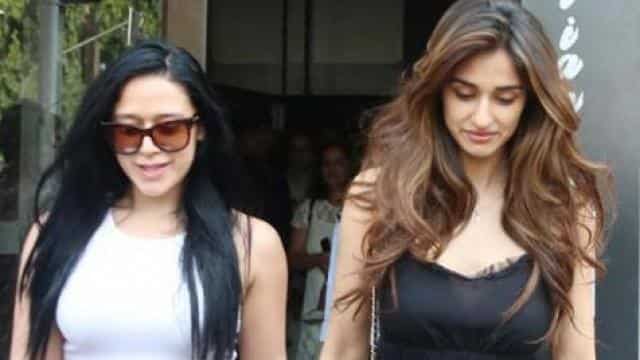 Bollywood actress Disha Patani has a very good bonding with Tiger Shroff’s sister Krishna. The two have been spotted several times together. Along with this, both also keep comments on each other’s posts on social media. Once again, Disha has shared her beautiful photo, about which Krishna has asked a funny question.

Disha has shared a picture of herself on Instagram account. In the picture, she looks so beautiful that Krishna could not stop herself from commenting. Fans also responded fiercely to the question they saw by looking at the picture. Disha is seen in a black T-shirt in the photo. With this, he has kept his hair open. Krishna asked the direction how your skin is so beautiful, what do you apply?

Disha also answered Krishna’s question in the same manner. He said, ‘Look, who is asking. Your skin itself is so beautiful. This photo of Disha is becoming fiercely viral on social media. The picture is being liked and shared a lot.

Talking about Disha’s workfront, she will be seen opposite Salman Khan in the film Radhe: Your Most Wanted Bhai. Earlier both of them worked in the film India. Although, Disha’s parts were less scene, his work was well received. The film was directed by Ali Abbas Zafar.