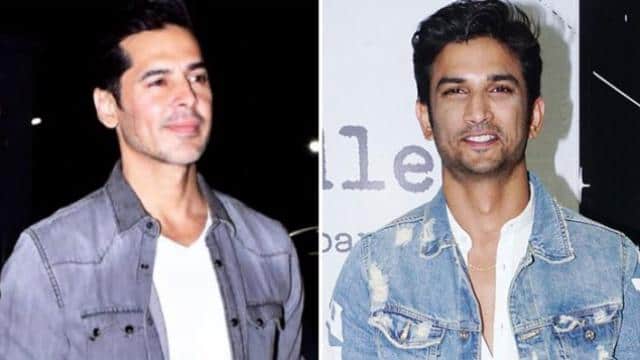 In the actor Sushant Singh Rajput case, after announcing the name of actor Dino Morea, he has clarified by tweeting that on June 13, he neither joined any party nor did any party take place at his house. Let us tell you that the death of Sushant Singh Rajput has shaken the entire industry. In this case, new facts are coming out one after another. Those who are really surprised are also disbelievers. Which is impossible to believe for a while. Meanwhile, on the previous day, former Maharashtra CM and BJP leader Narayan Rane has made many serious allegations in Sushant Singh Rajput and Disha Salian case. He also named Suraj Pancholi, son of actor Aditya Pancholi and actor Dino Morea in his charge. After the BJP leader’s statement, Dino Morea came out and kept his point.

Dino Morea has said in his statement that there was no party at my house on June 13. No one came to my house and I have nothing to say.

There was never any such gathering at my residence, pls get your facts right before making these claims. DO NOT drag my name into this as I have no connection whatsoever with this. https://t.co/IsxnKo4k4h

Let us tell you that former Maharashtra CM and BJP leader Narayan Rane said in a press conference that there was a party at the house of Sooraj Pancholi, son of actor Aditya Pancholi and that Dino Morea’s house is some distance away from Sushant Singh Rajput. Many ministers keep coming to Dino Morea’s house. He also had a party at his house on June 13, after which everyone left Dino Morea’s house and went straight to Sushant’s house. The death of BJP leader Sushant Singh Rajput has also questioned the death of Disha Salian. Narayan Rane has said in the press conference, “Disha Salian was raped first and then murdered.” Narayan Rane has told the media that he got this information from the post mortem report of Disha Salian.

Let us tell you that now the matter of handing over the Sushant Singh Rajput case to the CBI is being said. For this, after the consent of Sushant’s father, the Bihar government has recommended for a CBI investigation of the case in the Supreme Court. Which is to be heard today i.e. on Wednesday.