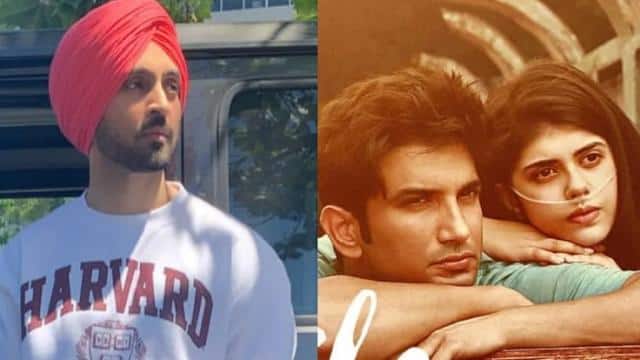 The demise of Bollywood actor Sushant Singh Rajput has shocked all the celebs. They are unable to forget the moments spent with them. Recently Diljit Dosanjh recalled his meeting with Sushant. Along with this, he shared the poster of the late actor’s last film Dil Bechara on Instagram account.

Diljit wrote in the caption, “This film should be released in the theater. I met my brother twice. Man was a life-threatening man. Will definitely watch on Hotstar TV. ”This post by the actor is being very well liked. Actress Sanjana Sanghi will be seen in the film Dil Bechara. The film will be released on July 24 on Disney Plus Hotstar. The film is directed by Mukesh Chhabra.

Sushant Singh Rajput wanted to stay with Ankita Lokhande, said- I love him very much

It is known that on June 14, Sushant committed suicide by hanging himself in his house in Mumbai. The police has so far questioned 28 people in the case, including statements by Sushant’s family, alleged girlfriend Riya Chakraborty, casting director Mukesh Chhabra and Sanjana Sanghi.

Kriti Sanon advised not to give up in difficult times, fans said – you be strong

Significantly, on 30 June, the statement of actress Sanjana has been recorded by the Mumbai Police regarding the Sushant Suicide Case. After this she left for Delhi from Mumbai. On going, the actress shared a photo of herself and wrote such a message, ‘Khuda Hafiz, I went back to Delhi. The road to Mumbai looked somewhat different. It was deserted, maybe the sorrow in my heart is changing my perspective or maybe you are also in some sorrow. See you soon or maybe not. ”