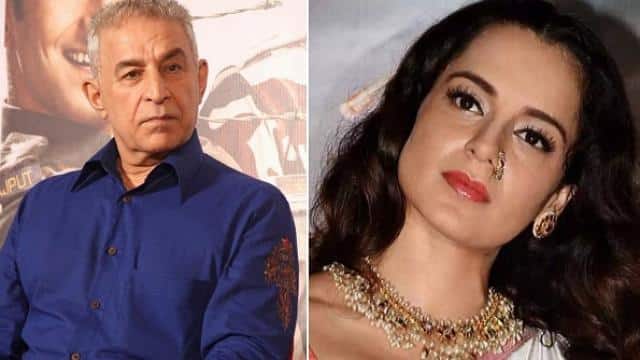 Kangana Ranaut recently made big claims about drugs in Bollywood. Along with this, he had talked about giving blood samples for drug tests to actors like Vicky Kaushal, Ranveer Singh, Ranbir Kapoor. Actor Dilip Tahil has now given his reaction on this statement of Kangana. According to the Hindustan Times report, Dileep said, “They should get their own drug test done before committing personal judgments to those who work with them”.

On the other hand, Dilip further said about the drug links in Bollywood, ‘small part of what is happening in the world is seen in the film industry. Drugs are used in Bollywood, what’s the big deal? I am trying to understand what is the motive behind these allegations of Kangana? ‘

Regarding Kangana, Dilip said, ‘Kangana is a self made top actress. Despite all the challenges a woman has to face in the film industry, she is a successful actress. But now his statements are starting to become an illusion. Once or 2 times he made his point, but now it all seems scripted ‘.

What did Kangana say

Kangana Ranaut had tweeted, ‘I request Ranveer Singh, Ranbir Kapoor, Ayan Mukherjee, Vicky Kaushal to give blood samples for drug test. There are rumors that he is cocaine addicted. I want them to clarify their stand on these rumors. If samples are found clear, they can inspire millions.

Kangana also tagged this tweet to the PMO. Earlier, Kangana had said, ‘When I was a minor. My mentors had become so dangerous then. He used to mix drugs in drinks so that I do not go to the police. When I became successful and got entry to most famous film parties. Then I was faced with things like that terrible world, drugs, ayashi and mafia. ‘

Kangana also wrote by tweeting, ‘If the Bureau of Norcotics Control comes to Bollywood, then many A Listers will be in jail. If there is a blood test, there will be many big revelations. I hope that this gutter of B-town should also be cleaned under Swachh Bharat Abhiyan.