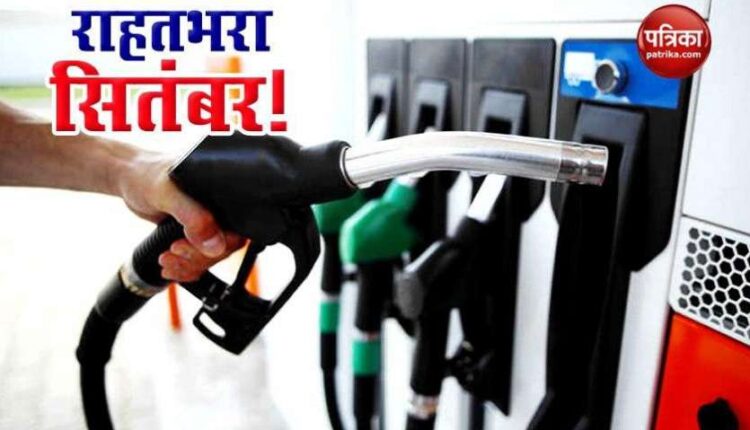 new Delhi. In terms of Petrol and Diesel Price Today, the month of September has been quite a relief for the people of the country so far. Especially Diesel price There have been good cuts in three weeks. At the same time, petrol prices saw an increase in the early days of the month, but after that there has been a slight reduction in it. This deduction is now less than Rs 1 per liter. According to experts, the price of crude oil has been cut. Which has seen a reduction in the price of petrol and diesel. Let us also tell you how much the prices of petrol and diesel have come down in the three weeks of September.

Diesel price cuts continue
According to the information received from IOCL, the price of diesel has been observed for the fourth consecutive day in the four metros of the country. Diesel in the country’s capital Delhi has reduced by 24 paise per liter, after which the price here has been increased to Rs 71.58 per liter. Whereas in Kolkata, 23 paise, 25 paise in Mumbai and 22 paise per liter in Chennai have come down. After this, the price of diesel in the three metros has been Rs 75.09, Rs 78.02 and Rs 76.99 per liter respectively.

price of petrol Did not change
On the other hand, after the decline of two consecutive days, there has been no change in the price of petrol for the past two days. Petrol prices will have to be paid in the four metros of the country on Friday. A drop in petrol prices was seen on Friday. After this, petrol prices in the four metros of the country have gone up to Rs 81.14, Rs 82.67, Rs 87.82 and Rs 84.21 per liter respectively.

Shekhar Suman raised a question on Kangana Ranaut, said- how can 99 percent of the film industry take drugs?