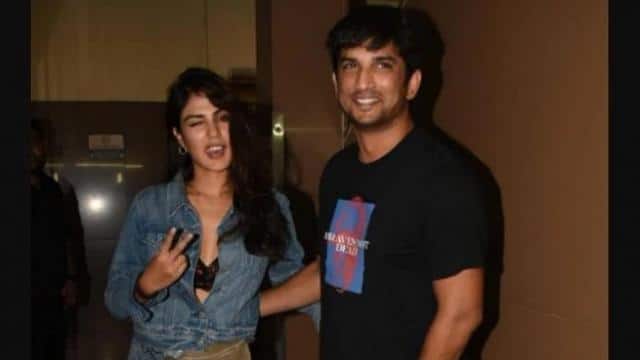 Sushant Singh Rajput and Riya Chakraborty were quite close to each other. Both used to go to workouts, parties and vacation together. Not only this, the news also came that the two were about to get married soon. Riya had a birthday just a few days ago, but this time she did not celebrate her birthday. By the way, if you see Riya’s videos on Instagram, she has made many of her videos at Sushant’s house.

Riya made her videos at Sushant’s house even during the lockdown.

While sharing these videos, Riya has given credit for shooting it to Siddharth Pitani. Let me tell you that Siddharth was a friend of Sushant and also lived with him before.

Why did she leave Sushant

Riya told the Mumbai police that Sushant was upset for some reason or the other, but he did not say anything about it. He would have been more upset and would have moved away or gone to his Pune farmhouse. When he started living in more depression, he started seeking the help of a doctor. But for the last few days, he had stopped taking medicines.

Riya further revealed that on June 6, Sushant asked her to leave the house. He said that he wants to be alone. Riya said that she did not say much on seeing Sushant’s situation. He thought that Sushant will be alone for some time, so maybe he feels good. Riya then left and on 14 June she received the news of Sushant’s suicide.