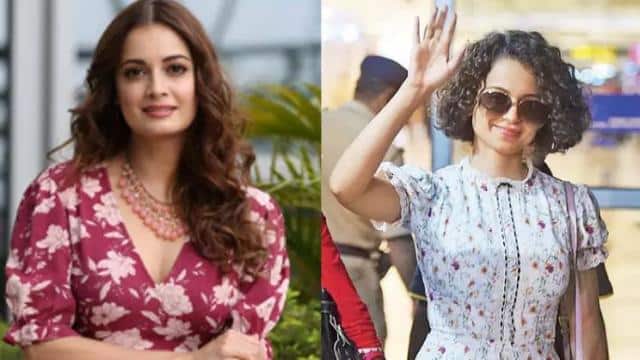 Dia Mirza is angry at Shiv Sena leader Sanjay Raut’s statement. He tweeted and wrote that I am strongly against the word ‘Haramkhor’ which has been used by Sanjay Raut. Sir, you have all the rights to talk about Kangana. But you should apologize for the use of such language.

Kangana Ranaut tweeted on Saturday, writing, ‘In 2008, the movie mafia declared me a psycho. Not only this, in 2016, he called me a witch and in 2020 the Maharashtra minister gave me the title of haremkhor girl. All these people did this to me because I said that I feel insecure in Mumbai after Sushant’s murder. Where are the debating warriors right now? ‘

In 2008 Movie Mafia declared me a Psycho, in 2016 they called me a Witch and Stalker in 2020 Maharashtra Minister publicity gave me the title of Haramkhor Ladki, because I said after a murder I feel unsafe in Mumbai, where are INTOLERANCE debate warriors? https://t.co/me91rxsShr

Sushant Singh Rajput’s room has lost key, lawyer said – if it happens then it is a serious matter

Kangana wrote this in response to a user’s tweet. The user wrote, ‘Sanjay Raut is saying that Kangana’s team has said against Shivaji Maharaj. that’s a lie. He never said anything against the great Shivaji. Publicly abused people are abusing a woman.