Dharmesh Yelande told the story of his struggle, he said – I did the work of Poon, the father still runs the tea shop 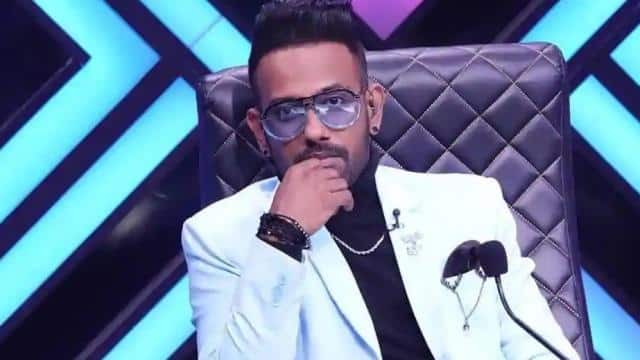 Choreographer and actor Dharmesh Yelande is no longer an idiot. But he had to struggle a lot in creating this identity. Dharmesh received tremendous popularity from the reality show Dance India Dance. After this, he never looked back. But his journey was not so easy. During an interview, Dharmesh talked about the family’s financial problems and his struggle.

In a conversation with Humans of Bombay, Dharmesh said, “Our life was hard when my father’s shop was demolished by the municipality.” He then opened a tea stall. He used to earn 50 to 60 rupees daily. In such a situation it was also difficult to feed a family of 4 people. But the father would always say, he should never leave his studies. He used to save every penny for our studies. ”

Dharmesh told that despite the financial crisis, the father recognized his dance talent. After winning the dance competition in the sixth class, the father got Dharmesh admitted to the dance class.

Siddharth Shukla celebrates his birthday with Shahnag Gill, says – I am 40 years old but not old

Dharmesh said, “I left college when I was 19 years old.” I started working as a pun and used to teach children dance, for which I used to get 1600 rupees every month. As soon as I reached the senior batch, I quit my job and started focusing on dance. I worked as a backup dancer in a film. ”

After this, Dharmesh reached Mumbai to fulfill his dream. He participated in the dance reality show Boogie Woogie and also became a winner. He then repaid his father’s debt with a prize money of Rs 5 lakh. He kept trying for work in films but could not get any work. Dharmesh’s money ran out after two years and in such a situation he had to move to his home.

Remo D’Souza is in ICU after a heart attack, wife Liezel told how her husband is feeling

Dharmesh’s dream of becoming an actor came true when Remo D’Souza offered him the film ‘ABCD: Any Body Can Dance’. Dharmesh said, “I bought a house for the family with my income, but the father still runs a tea stall.” I told him that you no longer needed to work, but he did not agree. I think I have got the never-give-up attitude from them. Because I have always listened to my heart despite difficulties. ”

Kalyan Jewelers: offers Mahachhoot with offers, you will get favorite design