Dharmendra is shocked by the demise of Jagdeep, said – you too have gone, you have no luck 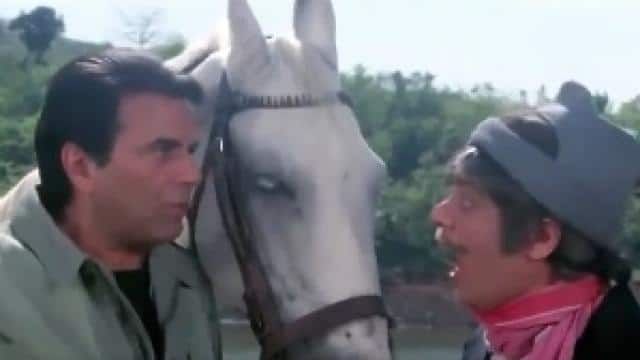 There is an atmosphere of mourning in the film industry following the demise of Bollywood veteran comedian and actor Jagdeep. He died on 8 July, Jagdeep. He was ill for a long time. In this way, all the celebs of the entertainment world are paying tribute to him. Meanwhile, Dharmendra, who worked with Jagdeep in the film Sholay, remembers him.

Dharmendra has shared a video of a scene from the film Sholay on Twitter account, in which he is seen alongside Jagdeep. Dharmendra wrote the post, “Tum bhi gaya … shock after shock … Jannat Naseeb ho tumse”. On this tweet of the actor, users are paying tribute to Jagdeep.

Sunny Leone shoots in the midst of corona epidemic, some eyes set on this set

Today Jagdeep was handed over to Mustafa Bazar Siya Cemetery of Mazgaon. Johnny Lever was also present for his last visit. Javed Jaffrey and Naved Jaffrey bid farewell to their father. Let us tell you that Jagdeep is known for his Surma Bhopali character. He played this character in Ramesh Sippy’s film Sholay. His dialogue in the film ‘Mera Naam Surma Bhopali is not like this’ is still on people’s tongue.

Ayushman Khurana, who returned to the shooting set after four months, said – it was a great experience

Ajde Devgan tweeted and paid tribute to Jagdeep on his death. He wrote, It is very sad to know about the demise of Jagdeep Saheb. I always enjoyed watching them on screen. He always brought joy to the audience. My condolences to Javed and his family. Pray for the soul of Jagdeep Saheb. Apart from this, director Hansal Mehta has also paid tribute to Jagdeep. He appealed to people to watch Jagdeep’s film Muskan. There is no harm to his performance in this.

BSNL is giving earning opportunity to its customers, know how to avail

PMKY: What is Pradhan Mantri Kusum Yojana? How can we take advantage of this