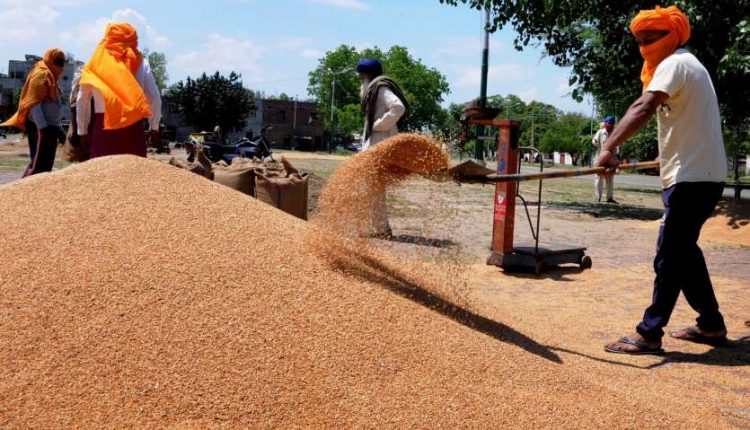 New Delhi. The Indian Institute of Wheat and Barley Research (IIWBR) estimates that the country could produce a record 115 million tonnes of wheat this year, which would be almost seven per cent higher than last year. Experts say that the weather is favorable for the Rabi season crops and farmers have taken a lot of interest in sowing wheat. Interestingly, farmers have been sitting on a sit-in demonstration for nearly three months on the borders of Delhi, the country’s capital, yet their farming and farming work has not been affected.

Also read: Amazon will start manufacturing in India, will manufacture this device

New record will be made for wheat
According to Dr. Gyanendra Pratap Singh, Director of the Indian Wheat and Barley Research Institute (IIWBR), Karnal, Haryana, under renowned agricultural scientist and Indian Council of Agricultural Research, his institute is estimating that a new record in wheat production in the country again India’s wheat production will be around 115 million tonnes this year, provided there is no such weather hit.

Many varieties of wheat
According to the fourth advance production estimate for the crop year 2019-20 (July-June) released by the Union Ministry of Agriculture and Farmers Welfare, the production of wheat in the country is estimated at around 10.76 million tonnes. Dr. Singh said, “We now have varieties of wheat that adapt to different climatic zones of the country and give good yields. For example, the yield per hectare of DBW-187 of wheat is up to 80 quintals. Similar There are many other varieties.

Also read: This ministry opened its treasury for earning and employment of farmers

Government procurement is increasing continuously
Director of IIWBR said that sowing of wheat has been very high in Madhya Pradesh this year and the crop is also good. When asked about the reason for the high interest of farmers in sowing wheat, he said that the biggest reason is that government procurement is constantly increasing, which has ensured that farmers get remunerative prices for wheat. Last season, government agencies purchased 389.83 lakh tonnes of wheat from farmers across the country at a fixed minimum support price of Rs 1,925 per quintal. For the wheat crop this year, the central government has increased the MSP by Rs 50 to Rs 1,975 per quintal.

Amazon will start manufacturing in India, will make this device