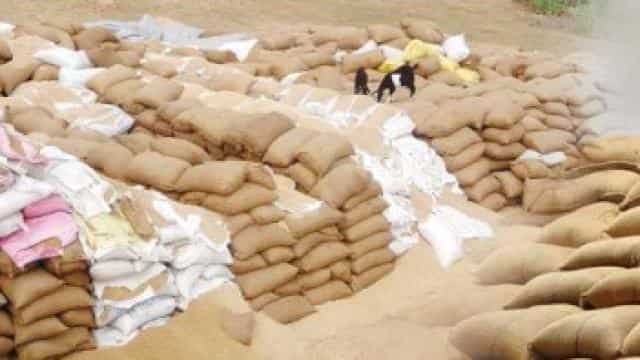 Expressing concern over the delay in the distribution of free food grains to migrants, Union Food Minister Ram Vilas Paswan on Friday accused the state governments, particularly Delhi, Madhya Pradesh and West Bengal, of not taking adequate measures in this regard. Paswan said that instead of wasting time in the survey to identify migrant beneficiaries, the state governments were asked to distribute food grains to all needy migrant workers who do not have any central or state ration card. Paswan said that the center does not want to be implemented in the implementation of the scheme.

To ensure that no migrant laborers go hungry, the Center has allocated 5 kg of food grains and one kg of gram per person for May and June. This allocation is under the Rs 20 lakh crore economic package announced to help the people affected by the lockdown. Paswan said in a digital press conference, “I fail to understand why the states are not ready to take food grains distributed free of cost by the Center.” We are giving food, but the state is not ready to take it. what can we do?

The Center has asked states to formulate a policy and start distribution to migrant laborers immediately and send the list by 15 July. He said that the implementation of this scheme will not do. On identifying the beneficiaries, Paswan said, “I spoke to 2-3 chief ministers yesterday on this issue.” He said that a survey is being done. I told them that the survey would take at least three months to complete and it would be better to start a policy formulation and distribution.

When asked whether the delay in delivery would not benefit the homeless migrants, Paswan replied that the responsibility of distribution lies with the states and this question should be raised before them. He said, “I have enough food to supply to the states. There is no shortage. I have raised this issue in the State Food Ministers’ Conference. I am requesting him to do something every day. Even letters written to the Chief Ministers have appealed to them to carry food grains.

Asked why the Center cannot take initiative in the distribution of food grains to troubled migrants, Paswan said, “This is a policy issue.” Recently, the top court has issued an order on migrants. It is expected that the states will take action in this regard. Asked why the Center announced the scheme when there was no clarity on how to implement it, Paswan said, “There is no confusion.”

Also read: If lockdown 5.0 does not start, metro will run from June 1, preparations complete

He said that we are asking the states to distribute to any needy person and the Center will not interfere in this. States can distribute them to people they feel are poor and have no ration cards. We will not ask what is and what is not. Food Secretary Sudhanshu Pandey informed that in fact both cooked food and raw ration are being distributed to the migrants by various states.