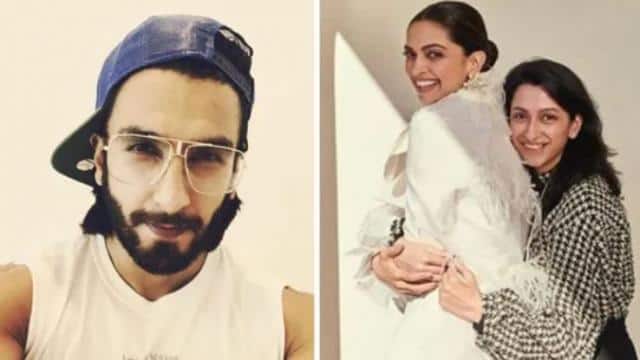 Bollywood actor Ranveer Singh is celebrating his 35th birthday today. In such a situation, her sister-in-law, Deepika Padukone’s sister Anisha Padukone, shared a post wishing her. Using Ranveer Singh’s dancing jiff, he has written a heartfelt Happy Birthday brother-in-law. Along with this, Anisha has also tagged Ranveer Singh.

Let us tell you that Ranveer Singh made his Bollywood debut with the film ‘Band Baaja Baaraat’ in 2010. Since then, he started touching heights in his career. With his performance, he won the hearts of millions. Many people of his personality are convincing. Bollywood is the most liked actor of the town. Fans on social media are also wishing Ranbir Singh a happy birthday.

It is worth noting that Ranveer Singh has recently completed seven years of his film ‘Lootera’. On this occasion, he shared two videos on his social media account. The film was a box office hit. When Ranveer shared the post, Deepika Padukone commented that your best performance so far.

Mother Zarina Wahab came in support of Suraj Pancholi, said – In the death of Sushant Singh Rajput my son’s name is being dragged unnecessarily

Let me tell you that the love story of Ranveer Singh and Deepika Padukone is not hidden from anyone. People like the chemistry of both. Even in real life, Ranveer does not leave any chance to impress Deepika. Both were in a relationship for 6 years. When both were at the top of their careers, they had a grand wedding in Lake Como, Italy. Both of them had a lot of personal affairs. Only family members were involved. Talking about love story, she was quite interesting. Recently, footballer Sunil Chhetri had a live chat with Ranveer Singh, in which he told that he had decided to marry Deepika in only 6 months.
Ranveer Singh and Deepika Padukone have worked together in films like Ramlila, Padmavat and Bajirao Mastani. His love story started during Ramlila. Both Deepika and Ranveer are going to be seen together in film 83. In this film, Ranveer is playing the character of Kapil Dev. Deepika is going to play Kapil Dev’s wife Romi in the film. Significantly, Deepika will have fewer scenes in the film.

LIC will get pension in this special scheme throughout its life, this way can take full advantage

Vegetables price increased by 200%, know how much difference between which vegetables came between June and July