Declaration of big reforms under the self-sufficient Bharat Abhiyan on the ground: PM Modi 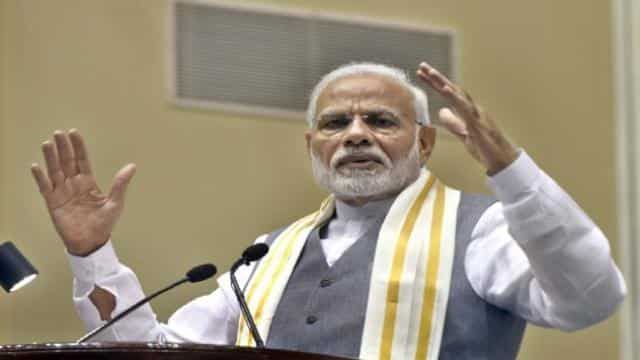 In the midst of the corona virus crisis, today i.e. on Thursday, Prime Minister Narendra Modi addressed the special program of the Indian Chamber of Commerce. PM Modi said that after five years your institution will complete its hundred years, in 2022 75 years of independence of the country are going to be completed. In such a situation, it is time for everyone to take a big resolution and set some goals to complete the self-sufficient India campaign.

During this, he said that in today’s time it is necessary for the country to be self-sufficient, its dependence on other countries will have to be reduced. The PM said that this is the time to be vocal for the local. Major reforms were announced under the self-sufficient India campaign, now they are being launched on the ground. PM Modi said that there is an effort to make North East a hub of organic farming, if the ICC is determined then it can make its global identity. He said that today is the time when Kolkata becomes the leader again, because it is said that what Bengal thinks today, it does the whole country forward.

How People, Planet and Profit are Interlinked to Each Other Through LED Bulbs

People, Planet and Profit are interlinked to each other. All three can simultaneously flourish, co-exist. Through the LED bulb, the PM explained that today, about 19 thousand crore rupees of the countrymen are saved in electricity bills due to LED. These savings have been made to the poor, this savings has been made to the middle class of the country. The Prime Minister said that 5 years ago an LED bulb was available for Rs 350, but now it is available for Rs 50. Now it is being used in crores of houses in the country, this has reduced the cost of production, benefited. Now the electricity bill has also reduced, it has benefited the environment.

He said that invest in research and development and manufacturing of better batteries to increase the capacity of solar panel manufacturing, power storage within the country. Those who are involved in this work, such institutions, hold hands of MSMEs. You are aware that small self help groups, MSMEs, can provide their Goods and their services directly to the Government of India on the GeM platform.

Glamorous Urvashi Rautela is fond of sunglasses, knowing the price will fly away!