Decision to increase FDI in defense construction from 49% to 74% 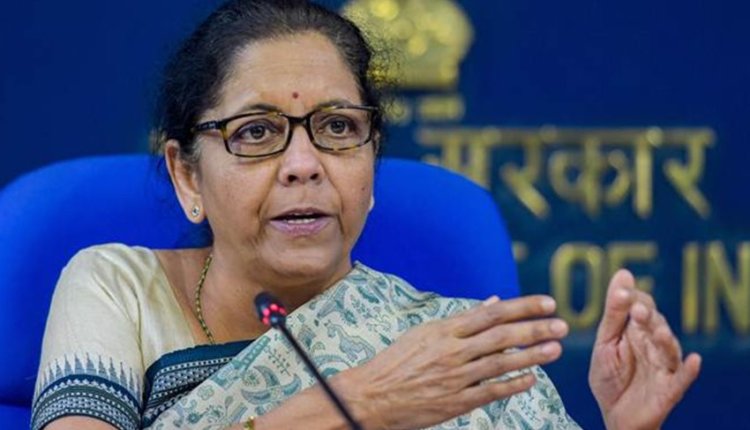 Announcements related to the fourth installment of the Rs 20 lakh crore economic package announced by the Narendra Modi government on Corona virus crisis and lockdown were made on Saturday. Finance Minister Nirmala Sitharaman told the press conference for the fourth consecutive day that the government has taken a big decision regarding FDI in defense construction. He said that the FDI limit in defense production has been increased from 49 percent to 74 percent now. In addition, the government will promote Make in India in defense production. Nirmala Sitharaman said that the government would notify such weapons, commodities, spares in which imports would be banned and their indigenous supplies would be made. Ordinance factory will be corporateized and there will be no privatization.

Sitharaman said, “Prime Minister Narendra Modi has talked about creating a self-reliant India, we have to prepare ourselves for the fierce competition and be ready to face the challenges of the global value chain.” The Finance Minister said that land banks, clusters have been identified to upgrade the industrial infrastructure. Now using technology, GIS mapping will cover 5 lakh hectare of land for future use in all industrial parks. Sitharaman said that there is a need to simplify policies in many areas, so that it is easy for people to understand what can be got from this sector, increase people’s participation and bring transparency. We can promote the development and jobs of an area by doing so.

He said that commercial mining in the coal sector would begin and the government’s monopoly would end. Work has to be done on how to make self-sufficiency in coal production sector and how to import less. In order to have maximum mining possible and to boost the country’s industries, 50 new blocks will be made available for auction for mining. The rules will be relaxed for this. New allocations will be made and given incentives to make gas from coal. There will be no major eligibility conditions, the mines of Coal India Limited will also be given to the private sector.

Announcing the airspace, the Finance Minister said that we will coordinate with the Airforce to make the restriction of India airspace easier and easier. Fuel will be saved and environment will also be damaged. He said that restrictions on Indian airways will be relaxed for passenger flights. He informed that auction will be conducted for participation of private companies in six more airports and 6 airports will be developed under PPP model. An additional investment of Rs 13 thousand crore will come from private companies in 12 airports.

Sitharaman further said that power distribution companies will be privatized in the union territories. This will provide good service to the customers and will benefit the companies. Let us tell you that Finance Minister Nirmala Sitharaman announced the cash assistance of Rs 90,000 crore to the discoms, ie the discoms, in the third press conference.

Free Wi-Fi being available at these railway stations of the country, take advantage of this way