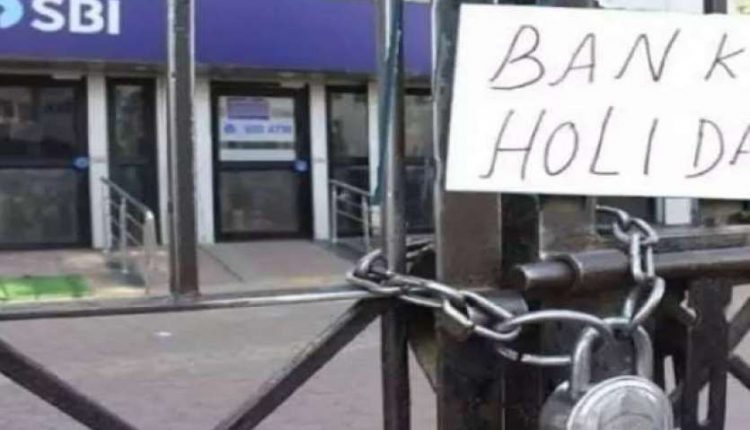 New Delhi. The last of March and the first week of April are very important for the common people. The reason for this is the banks’ eight-day holiday. During this time, Holi is a festival as well as closing and Good Friday and Sunday and Saturday from 31 March. In such a situation, people who have to do the work related to the bank by going to the bank itself, they are being advised to go before March 27. RBI has already advised social distancing due to corona.

Also read: Gold and silver filled with hunger before Janta Curfew Anniversary, know how much the price

Banks will have a holiday
According to the information, banks will be on leave for three consecutive days from 27 to 29 March. The fourth Saturday on March 27, then the Sunday of March 28, is falling. On March 29, there is the festival of Holi. At the same time, banks will remain closed for three to four days in Patna. There is also a holiday for banks on 30 March. May 31 may not be on bank holiday, but due to the closing, banks pay little attention to the customers. April 1 is the day fixed for banks to close their annual accounts, hence customers will not deal on this day. Due to Good Friday 2 April, the bank will be closed all over the country. After that the bank will be closed on 3rd April and on 4th of Sunday it will be closed.

Gold and silver filled with hunger before Janta Curfew Anniversary, know how much the price