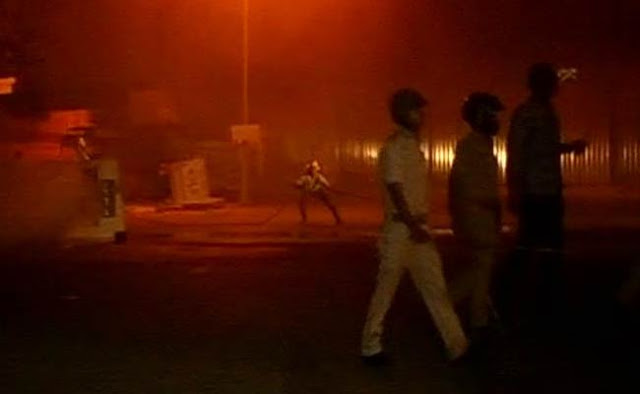 Agitation of Patel community demanding the OBC reservation in Gujarat. Made the Gujarat Chief Minister Anandiben Patel to appeal the people to keep calm. ‘I appeal to the people of Gujarat that they maintain peace and doesn’t involve in any activity that disturbs law and order in the state. Meanwhile, 22-year-old leader Hardik Patel was released after detention for a while. Patel has appealed for Gujarat shutdown. Hardik Patel has also appealed to the people of his community that they maintain peace.

Today, the violence broke out after Patel was arrested and kept in custody for a while. Hardik, too, has appealed to the people to exercise restraint. ‘I appeal for calm. I urge for Gujarat Bandh tomorrow’.

Ahmedabad, agitators in many places have been uprooted rail tracks, the train service was disrupted. After Mehsana, few place in Surat and three town in northern parts of Gujarat curfew has been imposed.

To deal with any unpleasant situation in Ahmedabad Internet service has been discontinued. Given the safety of children, schools and colleges have also been discharged. The state government have sought for more security forces to centre. CRPF and BSF have been deployed nine companies of force in most affected areas by the violence in Ahmedabad.

The movement’s popularity can be judged from the fact that millions of people were gathered at the rally. Some agitator is sitting on hunger strike. This movement is becoming a problem for the BJP, which is dominated by Patel. The state government is not willing to accept the demands of Patel or government is not in a position to take. They made it clear that it is not possible to give Patel a reservation because it has several legal catches. About 50 per cent reservation cannot be given as per Supreme Court order, and in the existing reservation of Patel in a backward class given a scope of their claim, then the other OBCs’ can be angry, earlier it’s has happened in other states. If any such things happens then, other OBC leaders might also challenge government