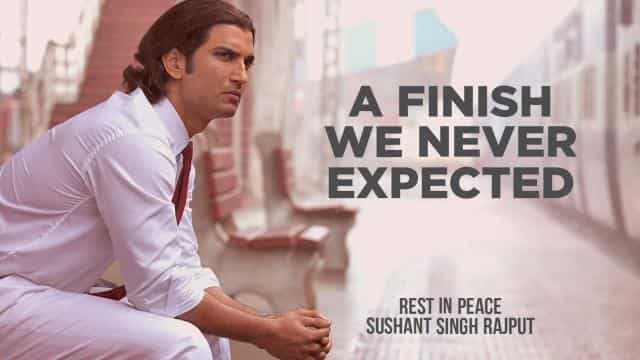 Chennai Super Kings, the franchise team of the Indian Premier League (IPL), has a special connection with former India captain and star cricketer Mahendra Singh Dhoni. Mahendra Singh Dhoni has been captaining this franchise team since 2008. Mahendra Singh Dhoni’s biopic came out in 2016, ‘MS Dhoni: The Untold Story’, in which the film Sushant Singh Rajput played the lead role. Sushant committed suicide on 14 June at his home in Bandra, Mumbai. A tweet has been made for Sushant from the official Twitter handle of CSK, which will make your eyes moist.

CSK’s tweet shared a photo taken from ‘MS Dhoni: The Untold Story’, in which Sushant is sitting at the railway station. This photo reads, ‘A finish we never expected, Rest in Peace Sushant Singh Rajput’ (An end that no one would have thought of, rest in peace, Sushant Singh Rajput), sharing this photo Gaya, ‘still in shock, not at all justified.’

When Hardik did Shubman’s sledge – I don’t kill him, it’s not under-19!

Sushant played the lead role in Mahendra Singh Dhoni’s biopic ‘MS Dhoni: The Untold Story’. Sushant won everyone’s heart with his acting in this film. He also spent a lot of time with Dhoni in connection with this film. Walking in the style of Sushant, shooting shots, Sushant played well on the big screen. Sushant was also praised for this film. The film, released in 2016, is also considered to be the biggest film of Sushant’s career.

Before Sushant Singh Rajput, these famous Bollywood actors also made the fans embrace the sudden death