Crypto Art – A Creative and Innovative combination of art and cryptocurrency 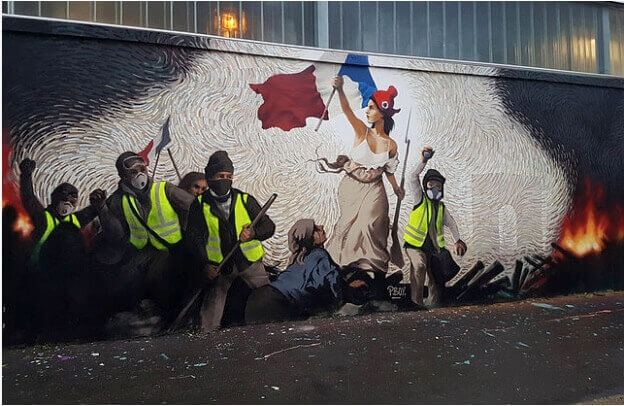 In the spirit of the Spring season let us explore the world of Crypto Art. We have seen blockchain, and cryptocurrency is changing the industries like banking, health care, real estates, entertainment, gambling, renewable energy and many other sectors in several new and innovative way.

People did believe that the world of art will be an exception from blockchain innovation. However, it is fascinating how crypto and blockchain is being used in slow-moving space fine arts. And how it has created many opportunities for artists around the world. It would be a great initiative if the educational institutions could throw some light on this area and educate the artists by making them aware of how blockchain can transform the art world globally.

1. Technology-based Crypto Art
The best example of this type is the art by Kevin Abosch. He created his own cryptocurrency, with a supply of 10 million tokens. What’s more interesting is that he also had created six vials of his blood and used it to stamp the contract addresses of the tokens called IAMA coin incorporating blockchain technology. People now can buy the shares of “him” which are part of his physical being. Also, there is CoinArtist, who use blockchain technology to create puzzles and games that is decrypted.

2. Art that utilises blockchain that exists separately from the nature of the artwork itself.

3. The traditional form with subject related to crypto and blockchain.
In this type, the arts promote the cryptocurrency by painting cryptocurrency in the art. Maybe a bitcoin in the painting which brings it to the viewer’s attention. It makes the viewers think about cryptocurrency.

With all the increasing support for cryptocurrency recently it was seen that European cryptocurrency artist Pascal Boyart received an unexpected donation of 1 Bitcoin which costs around Rs.276,334 as of today for his painting “Fresque Liberté guidant le peuple”. Boyart is famous for his street arts wherein he hides bitcoin prizes for the admirers of his paintings. Also, seed words are hidden which represent the private key to the wallet holding the prize, once put in together correctly the lucky fan gets the prize. The prizes are usually in small amounts; the recent one was of 0.27 Bitcoin. Not only that but he also leaves the QR code so that his admirers can leave him donations in terms of bitcoins.

Boyart writes, “Yesterday I received 1 bitcoin on my street art QR codes donation address! After one year and 3 frescoes in Paris: 1.14 BTC received + 5 BCH and 1.5 LTC in total!”

Let us know your thoughts on crypto art by commenting below.

Square to Hire New Crypto Engineers and Wants To Pay in Bitcoins.