Crude oil price fires in November, know how expensive it is 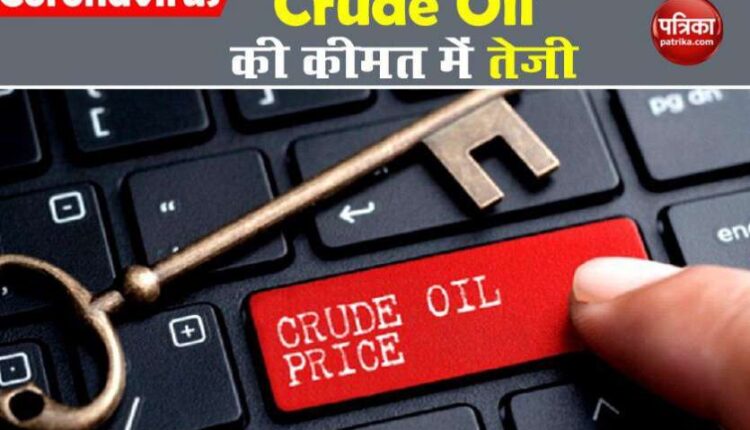 new Delhi. The positive news about the Corona vaccine led to a fall in the price of gold and silver and a boom in the equity market. On the other hand, the international oil market has been witnessing a tremendous impact for the past three days. Brent and WTI crude oil prices have seen more than 12%. Where Brent crude oil prices have come to around $ 45 per barrel. While the price of WTI is very close to $ 43 per barrel.

Also read: Gold became cheaper one day before Dhanteras, how much has the price become

Due to the rise in the price of crude oil
– LME aluminum price has reached an 18-month high of $ 1920 in November. While aluminum is trading at Rs 157 level in the Indian futures market. The real reason for the price rise is due to the recent positive development on the front of the corono virus vaccine, investors are seeing better response.

– The price of aluminum has gone up compared to the previous month, which is more than 8% since October 5. Uncertainty still exists in the global economic recovery.

Biden’s election as president of the United States is favorable for the control of Kovid-19. There are still differences between the two sides in the US on the scale of the economic stimulus bill, and there are still many uncertainties in the market.

– Central banks are unlikely to change their aggressive stance in the medium term. Even after the vaccine arrives, inflation and labor market pick-up will take time.

– Due to the progress in the development of the corono virus vaccine, the price of crude oil has increased. Which indicates that the global economy is likely to pick up soon.

– Pfizer Inc. has said that its experimental vaccine is more than 90 percent effective at stopping Kovid-19, based on early data from their study.

What do you know
According to Ajay Kedia, director of Kedia Advisory, the positive news of vaccine in this era of corona virus is supporting the price of crude oil. Especially in the month of November, there has been a good boom. Earlier, the cut possibilities of production have been boosted. At the same time, there is still some volatility in the international market. If the vaccine arrives early in the market, the price of crude oil may increase further.

Kisan Credit Card: These documents will be needed to get loan, card to farmers at a cheaper rate