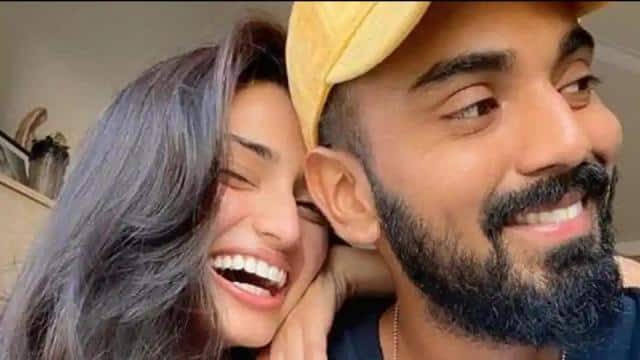 Actress Athiya Shetty remains very active on social media. Meanwhile, she has shared a picture of herself in a swimsuit on Instagram. Athiya has commented on this post from fans to his friends. However, the comment of his alleged boyfriend cricketer KL Rahul is being discussed the most.

Athiya shares the Purple Heart emoji with this picture. All his industry friends have commented brilliantly or stunner. At the same time, his alleged boyfriend KL Rahul wrote in the comment box – Jefa. Which means ‘boss’.

It is rumored that Athiya Shetty and KL Rahul have been dating each other for a long time. Both often like each other’s posts and also comment on them.

In April this year, Athiya shared a photo of a photoshoot with photographer Sasha Jayaram. In which screenshots were taken with him during a video call. Sharing this, Athiya wrote – ‘Party with Sasha Jayaram’. Commenting on this post of Athiya, Rahul wrote – ‘Nice shirt’ and then used ‘Shush’ emoji, indicating that the shirt was his.

At the same time, during the lockdown, Athiya shared a picture with KL Rahul and wrote- ‘My Person’. Athiya shared a picture with him on KL Rahul’s birthday. In which KL Rahul was seen with head on Athiya’s shoulder. At the same time, Sunil Shetty said on Athiya’s relationship, ‘I have no relationship. You (media) should ask Athiya questions about this. If it’s true let me know, I’ll talk about it. If you don’t know how can you ask me? ‘

Talking about the workfront, Athiya Shetty was last seen in ‘Motichur Chaknachur’. Nawazuddin Siddiqui was also an important role in this film.

RBI MPC Meet: RBI will announce on monetary policy today, will there be no change…

10,600 crore show cause notice issued against Flipkart, know why ED…