Covid-19: Mohina Kumari gave health update from hospital, said- I am mentally disturbed thinking that the virus is inside me 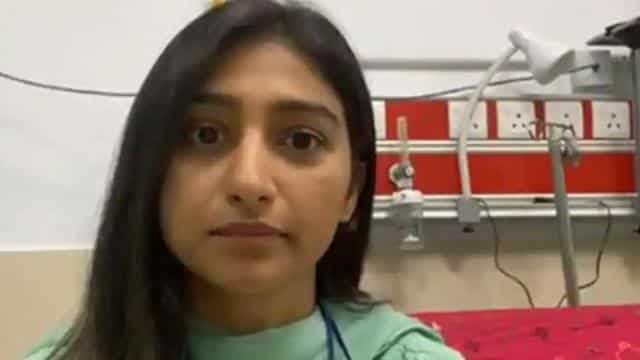 Five members of the family, including TV serial ‘Yeh Rishta Kya Kehlata Hai’ actress Mohina Kumari, turned out to be Corona positive. Since then, all people have been admitted to the hospital in Rishikesh. In such a situation, Mohina Kumari has given a health update to the fans by posting a video on social media. In this half-hour video, Mohina is seen talking on health. She is also telling how she isolated herself when the family turned out to be Corona positive.

Mohina says that I am physically fine and not feeling sick. But this problem can affect your brain badly. Like doing with me. It is the sixth day in the hospital, but mentally I am not feeling well. It feels very dirty when you know that this virus is inside you.

Let us tell you that Mohina’s mother-in-law was admitted to the hospital in Rishikesh on 31 May. While giving information, Mohina said that the mother-in-law had a mild fever. At the time when he got corona test, he came negative. Everyone started living comfortably. Ignored it later. I saw that the fever kept increasing. When everyone in the family got the corona tested, it was seen that many people have become corona infected. In which no one had seen any symptoms.

Mohina further says that maybe this is why we did not know when we all got corona infected. I know that there is a lot of negative news going on around. Mother-in-laws used to go out of the house to serve the people, probably because of which they got corona virus.

Mohina says that all the members of the house except my brother-in-law have turned out to be Corona positive. The rest of the members live in our house. However, Mohina has not given information about how many people have been corona infected. All people will remain in the hospital until the reports come back negative.

Let us tell you that Mohina Kumari was married on 14 October in Haridwar. His close friends and family attended this wedding. Speaking of Kama, Mohina, Shivangi and Mohseen were seen in the role of Keerthi in the star show ‘Yeh Rishta Kya Kehlata Hai’. After marriage, he has made a distance from the acting world.