Coronavirus Pandemic increases Demand of 3 to 4 BHK flats, know what the report says 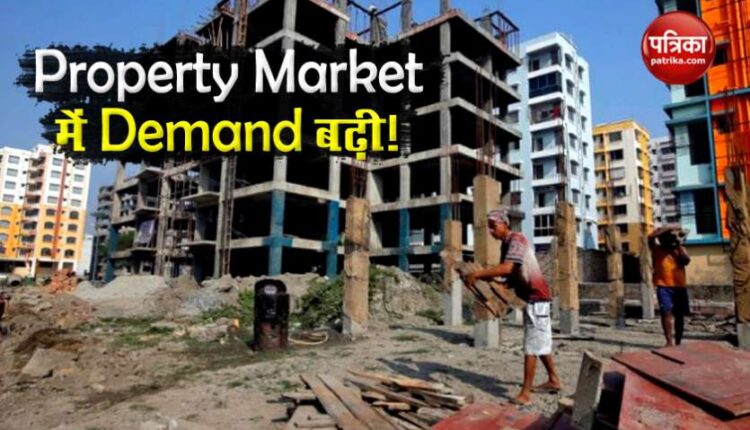 new Delhi. Corona virus epidemic ( Coronavirus Pandemic ), The demand for large-sized houses has increased rapidly. This has changed with the introduction of social distancing and work from home culture. According to the report by Anorak, inquiries of 3 BHK and 4 BHK flats in Noida, Bengaluru, Gurgaon, Hyderabad and Kolkata have gained momentum. Home buyers in these areas are now looking to buy larger homes. At the same time, looking at the trend of the overall property market in the country, the demand for 2 and 3 BHK flats is the highest.

Also read: One crore sugarcane farmers of the country will be gifted by the government, the price increases by 10 rupees per quintal

Real Home Buyers Increased
According to the report, in the lockdown, the questioning of the house holders from the laxity has reached 50 percent compared to before the Corona period. In Noida and Ghaziabad, real house buyers inquiries have increased by 40 per cent. The demand for flats ranging from 50 lakh to 1.2 crore in Noida is between 1500 to 2500 square feet. At the same time, in Ghaziabad it is up to 80 lakh rupees. Talking about Gurugram, the demand for a flat worth 75 lakh to 1.25 crore is the highest here. Demand for property is also increasing rapidly in Jaipur, Bhopal, Patna and Ranchi, which are included in Tier-II cities including Delhi-NCR.

Demand for large flat increased from work from home
Rakesh Yadav, CMD, Space India, said that in the midst of the Corona crisis, the house itself has taken the form of an office. This trend will not end in the coming time. Along with this, due to social distancing, people are trying to get out of the crowd and take home in open space. Due to this, the demand for large size flats has increased. He said that he has also increased the number of large-size flat buyers and queries after the lockdown was relaxed. Home buyers are looking to buy a bigger house by increasing their budget. These are also good signs for real estate.

Also read: After Netmeds, which companies are now eyeing Reliance

Demand will come from Tier Two and Three Cities
Property experts say the impact of the Corona epidemic has been less in Tier Two and Three cities than in Metro City. This will increase demand in these cities rapidly. Along with this, several steps have been taken by the government and industry to increase demand. On the other hand, with prices stable, demand for affordable homes will certainly increase. Also, cheap home loans and subsidy available under the Pradhan Mantri Awas Yojana will also increase the demand for affordable homes.