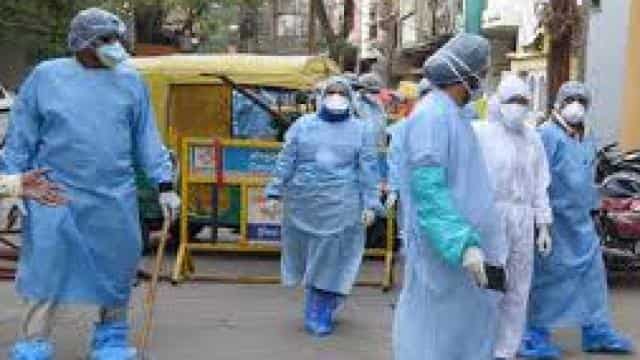 India’s decision to unlock the lockdown in a phased manner could be detrimental in the coming days. Japanese financial research firm Nomura has listed India among the 15 countries where relaxation of the lockdown could lead to a more rapid increase in cases of corona virus infection and consequent re-lockdown. In its research, Nomura placed 45 countries in the world in 3 categories. First- On Track, Second- Warning Sign and Third- Danger Zone. Nomura has placed India in the Danger Zone.

According to research, removing lockdown will create two types of situations. The first is described as good. After the relaxation of the lockdown, the movement of people will increase and commercial services will start, although there will be a slight increase in new cases every day. The second situation will be worse than the first.

In our latest report, we develop a visual tool which helps assess the risk of a second wave of # Covid19 in 45 major economies as they start to reopen. Who is on track to recovery and who is at most risk? Find out here: https://t.co/fi4MwesXzE. pic.twitter.com/8KCfo0139X

Those countries are placed in this zone, where there is a strong possibility of another wave of corona virus. India, Pakistan, Saudi Arabia, Colombia, Brazil, Singapore, Sweden, Indonesia, Mexico, Canada, Argentina, Peru, South Africa, Chile and Ecuador are included in this list.

There are a total of 17 countries, including Australia, Korea, France, Thailand, Israel, Italy, Spain, Switzerland, South Africa, Japan, and 8 other countries, where the corona virus is not expected to recur.

Also read: 40% of people in Corona crisis increased spending on groceries, 40% worried about their family’s future

The number of people infected with Kovid-19 across the country is going to touch 3 lakh soon. Of this, one-third cases have been reported in just ten days in the month of June. The first case of Kovid-19 in India was reported on 30 January, but after that, the number of cases of infected people reached one lakh on 18 May, more than 100 days.