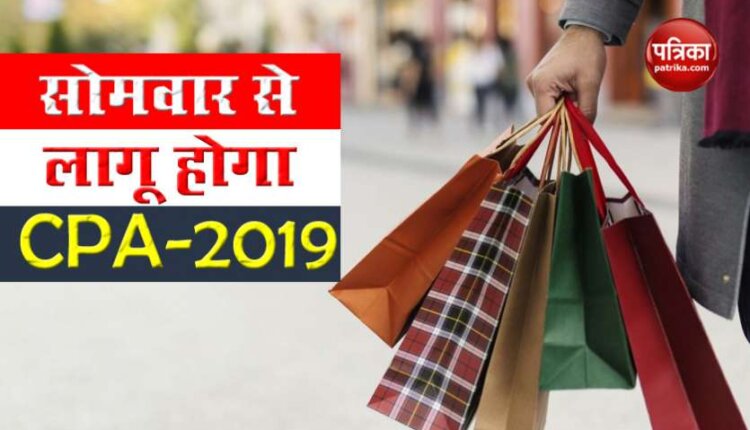 new Delhi. In the Coronavirus Era, the central government of the country (Government of India) is trying to take care of all the things that are related to the general public. Then, whether it is to provide food grains to the general public, or all the essential goods without which people cannot live. In such a situation, it is also important to take care that the goods that are reaching the hands of the public are not fake. For this, the government is coming up with a new Consumer Protection Act-2019, protecting Consumer Rights from Monday. If someone is found making and selling adulterated, dangerous products, strict action will be taken.

Will protect the interests of consumers
Paswan said in a tweet that the Central Consumer Protection Authority will start functioning very soon and this will lead to collective action to curb unfair trade practices. The implementation of this rule will protect the interests of consumers. The Union Minister said that the new Consumer Protection Act has provisions for Consumer Disputes Redressal Commission, arbitration, fixed responsibility for products and strict action on making and selling adulterated and dangerous products, which will give more protection and rights to consumers.

Applicable in january
According to the notification issued on 15 July by the Union Ministry of Consumer Affairs, Food and Public Distribution, this law will come into force nationwide from 20 July. Union Minister Ram Vilas Paswan will address a press conference on the subject on Monday. He has given this information through tweet only. Let us tell you that the new Consumer Protection Act-2019 was to be implemented only in January this year, but due to some reason its date was extended to March. Its date was then deferred further due to a nationwide lockdown for the prevention of coronavirus infection. Since its notification has been issued, the new consumer protection law will be implemented nationwide from July 20.