Congressman Kirti Azad’s tweet about ‘oppression is the humanity of Modi government?’ 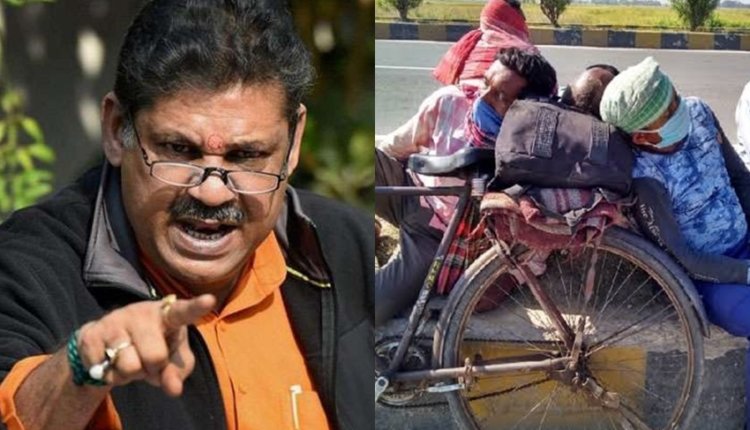 Workers are facing problems due to lockdowns done to prevent corona virus infection. Millions of migrant laborers have become unemployed due to the lockdown. They have neither work nor money to buy food and drink. In such a situation, migrant laborers living in the city are forced to return to their homes. These workers are trying to cross the border of the states by walking on the national highway, or through the tracks, or hiding in a sister. Hungry belly children, staggering elders and troubled laborers and suffering from misery, they are walking on foot, bicycles and trucks and going towards the houses. Former MP and Congress leader Kirti Azad tweeted some pictures of troubled laborers and blamed the government for this.

Kirti Azad wrote, “Is it the humanity of the Modi government to commit atrocities? Keep a little humankind, the right to live life is not only for the rich but also for the poor. Sitting in power is arbitrary, a reflection of a cruel mindset. ” With this, Kirti has also shared some pictures of laborers in which they are seen very upset. Some people are also trolling Kirti on this. One user wrote “You talk to the Vajire Aajam of Pakistan, here is the Prime Minister.” Another wrote, “You also take out the pass or the slap of Jaitleyji is still in the head.”

Some people also supported Kirti in this matter. One wrote, “The government is only giving discourses and Modi devotees consider it development. Tonight at 8 o’clock, again, this dream merchant will bring new trouble. ” One shared a picture of some poor going in the truck and wrote, “The common man of the country, Majdur, is a forced poor man sitting in a bullet train.”

Let us know that the workers going back to their state foot are also falling victim to the accident. According to media reports, so far more than 70 laborers who have come back home have died in the country. Recently, in Aurangabad, 16 laborers were trampled by a freight train, and 5 laborers were killed when a truck overturned near Patha village in Narsinghpur in Madhya Pradesh.