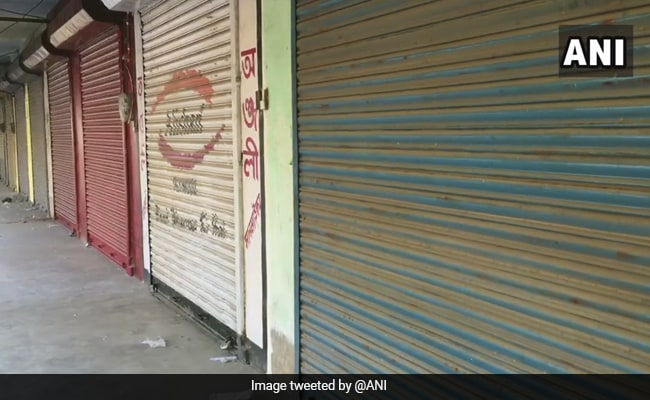 Bharat Bandh: Traders and transporters across the country have raised the GST, online trade and e-way bill India off (Bharat Bandh) was announced, although its impact was not seen much in Delhi. In different cities of the country, the impact of the Bharat Bandh was far more or less. Hundreds of traders staged demonstrations in many places under the leadership of the Confederation of All India Traders (CAIT). CAIT says that more than a thousand amendments have been done in GST, so that its ‘tax system’ has not been simplified. Apart from this, if the merchant makes a mistake in filling the GST, then a heavy penalty is imposed on him. States have different taxes on the same goods. Goods are cheaper due to external money being put into online trading, while it is destroying the retailer.
.

CAIT general secretary Pravish Khandelwal says, “Take the pen itself, a merchant in Delhi pays 18 per cent tax on it, but Orissa is paying 5 per cent tax so that people will buy goods from there.” Rajiv Batra, a child bicycle business, had earlier supported the GST but is now on the streets to protest. They say that they have to pay tax ranging from five per cent to 18 per cent while making and selling bicycles. Big fines are made on a small mistake. Rajiv Batra, president of the bicycle market, says, “If we make a mistake, we will incur a heavy fine.” Our property will be confiscated, you will have to go to jail. So much power has been given to the officers.

On the other hand, due to the bandh, the All India Transport Welfare Association also stopped freight movement. It has also affected the market. Transporter’s godowns remained closed and the movement of trucks was also affected. Transport Welfare Association says that the validity of the e-bill was reduced in half by amending the GST i.e. it was reduced from 200 km to 100 km. Due to this, if the consortium has an expired bill, the fine will be charged up to 200 per cent. Also, the prices of diesel have increased by 17 rupees in the last one year. However, there have been differences between the Transporters Union as well. Overall, the impact of the Bharat Bandh has been mixed in different places of Delhi but most traders agree that the GST should be simplified. The Bharat Bandh has also got the support of farmers and farmers along with the transporters but the Corona period The business is already down, in which the increase in petrol and diesel is disturbing the traders.