Commerce Minister Piyush Goyal advised Hotel Industry to wait till the vaccine is made. 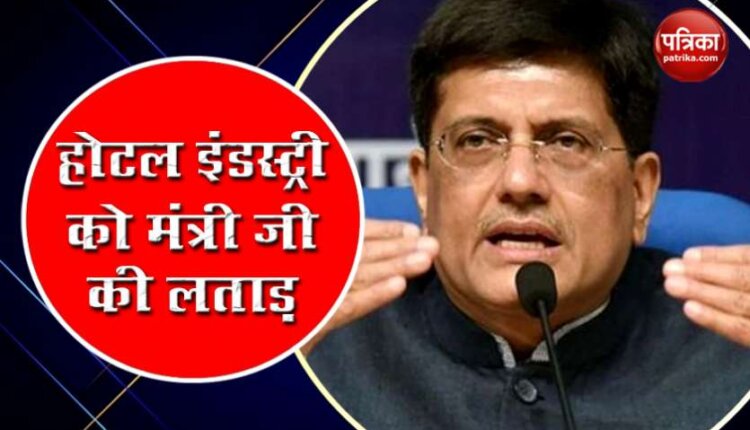 new Delhi: The government has also started unlocking in the midst of corona pandemic. Gradually, work has started in almost all sectors of the economy, but the hotel industry will still have to wait to work as before. This is to say that Commerce Minister Piyush Goyal 2020. The minister said in clear terms that the government cannot take this kind of risk until the corona vaccine is created. However, he also said that if the industry comes up with some suggestions under the Corona and Atma Nirbhar Bharat Mission of the Center, then the government will definitely help them. Along with this, the minister also sought suggestions for improvement and change in the hotel industry during unlock 3.

Introspection needed In fact, the hotel industry is at loss because of Corona has suffered a lot and for a long time the industry has been seeking permission to dine in. In a webinar sponsored by the Federation of Hotel & Restaurant Associations of India, Piyush Goyal lambasted the hotel industry and said that at this point of time, he (the industry) should consider to fix his shortcomings needed. Giving an example, he said that the foreign exchange of foreign customers by the hotel industry reduces its value by 10%, which is very wrong.

Even on financial relief On the demand for financial relief to the hotel industry, he said that he would talk to the finance minister but at the same time he said that the industry should not lose its confidence but find ways to get out of this crisis in which the government No intervention is needed.

These six changes can give new height to your business

Thoughts on giving fertilizer subsidy with PM Kisan Samman Nidhi, farmers will get 5…