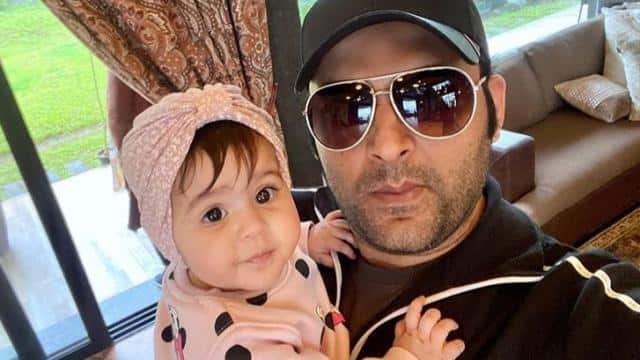 Comedian Kapil Sharma shared a photo with his daughter Anayara on social media. In this photo, Anaira looks quite cute. Kapil Sharma has clicked a selfie, in which Anayara is looking at the camera.

While sharing the photo on Instagram, Kapil Sharma wrote, ‘You are the most beautiful of all the things my hands have caught so far. Thank God for a beautiful gift. ‘ In this photo, Anaire is wearing a pink color dress, in which cartoons are made. Apart from this, comedian Kapil Sharma is wearing glasses.

Earlier, during the lockdown when Kapil Sharma was asked what is his routine with his daughter, he had told that he keeps playing, eating and sleeping with Baby all day every day. He had said, ‘The routine was fixed with great difficulty. It was only 10 days for him to settle down and sleep on time that the routine was changed. Now Baby is bored seeing me all day. He feels that my father does not do anything.

Let us tell you that comedian Kapil Sharma married girlfriend Ginni in December 2018. A year later, Ginni informed the people about pregnancy. At the same time, on December 10, 2019, daughter Anayara was born at the house of Kapil Sharma and Ginni.