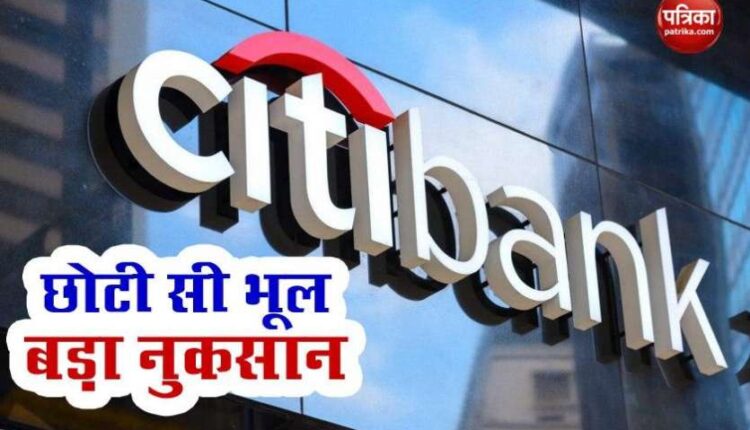 new Delhi. Citi Bank, one of the world’s largest banks, has an interesting case. Although a similar case came up earlier, but it was personal, this time the matter is related to group accounts. In fact, an employee working in the loan department of the bank has mistakenly transferred $ 90 million or about 6700 crore rupees to the accounts of the lenders of a bankrupt company. Now that lender is not ready to return the money. According to experts, this account will not cause any harm to the account holders of India. Let us also tell you what the whole matter is.

After all, money went to lenders of which bankrupt company
Due to the fault of an employee of the loan department at Citibank in New York, about $ 90 million loan of cosmetics company Revlon was paid to the lenders. When the bank came to know of this, he asked the lenders to return the money, which he flatly refused to return. The special thing is that Revlon Company has been declared insolvent. In such a situation, those who have returned the money are not ready to return it.

Only 50 percent refunded
After a lot of struggle, the bank was able to get only 50 per cent of the money back from Revlon lenders. Non refunders include companies such as Brigade Capital Management, HPS Investment Partners and Symphony Asset Management. On the other hand, it has issued clarification to Revlon that it has not returned the loan to any of the lenders. Citigroup has started investigating this entire matter.

Revlon had a case on behalf of lenders
The case of Revlon and lenders returning money had reached a very poor position. The creditors had sued the Revlon Company in court for refund. Demand to return the money immediately. The creditors hoped that the court would pass judgment in their favor. In this case, Revlon’s loan administrative agent Citibank was also made a defender. The matter came to light before the bank was preparing to resign from this role.