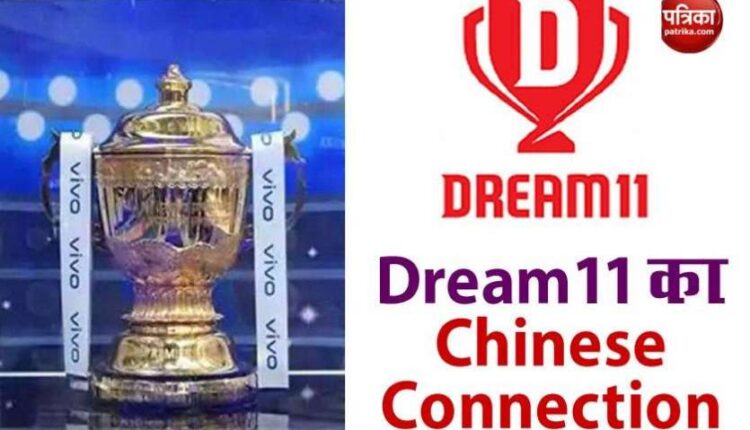 new Delhi. There is opposition to Chinese companies and goods in the country. At the same time, there is opposition from those companies in the country in which Chinese investment is there. The IPL 2020 title sponsor has gone to such a company. The special thing is that in this race, the country’s largest business group Tata (Tata Group) was also involved. This company is Dream11. Well Dream 11 has been associated with IPL since 2018. Surprisingly, it was invested in the same year by the Chinese company. Now the IPL and BCCI have been asked to consider it once again on behalf of indigenous companies and goods endorsers. Let us tell you that in the last week of September, IPL 2020 is going to start in UAE.

Why not Tata group?
In fact, Vivo’s agreement with BCCI is not over. After opposition from Swadeshi Jagran Manch and other organizations in the country, Vivo has separated you from the tournament for this season. Instead, the company’s agreement has been extended till 2023. At the same time, if there is another company selected, then there is also Chinese investment in it. The question is whether the BCCI and IPL management did not know about Dream 11? If it was, why was the Tata group not given a chance to replace Dream 11? According to experts, a bid of around 180 crores was made towards the Tata group.

What did Swadeshi Jagran Manch say?
When Swami Jagran Manch’s Convener Ashwini Mahajan was talked about this, he said that he is still watching the news and seeing how much Chinese companies are investing in Dream 11. If there is also Chinese investment in this company, then the BCCI and IPL management should consider it once again. Mahajan said that IPL management has several options. Tata Group was also involved in this bid. On the other hand, Patanjali has said that if no indigenous company comes forward, then they will invest in it.

When did Dream 11 start
Founded in 2012 by Harsh Jain and Bhavita Seth, Dream 11 offers sports such as cricket, kabaddi and football. Its official partners include IPL, International Cricket Council and National Basketball Association. Among its investors are China’s Tencent, private equity firm Multiples and VC firm Kalari Capital. CEO Jain, Chairman of Reliance Industries, is the son of Anand Jain, a trusted associate of Mukesh Ambani.

Also read: After Amazon, Home Delivery Of Alcohol Is Going To Flipkart

700 crore rupees have been received
In 2019 Dream 11 became a unicorn company, a startup worth one billion dollars or more. It is one of the few big startups in India, which is making profits. The company generated revenue of Rs 700 crore in FY 2019-20. Let us tell you that Dream 11 has won the title sponsorship for IPL 2020 for Rs 222 crores. This sponsorship has been awarded for this season only.

Cash can be withdrawn from ATMs without debit cards, this facility is available in these banks