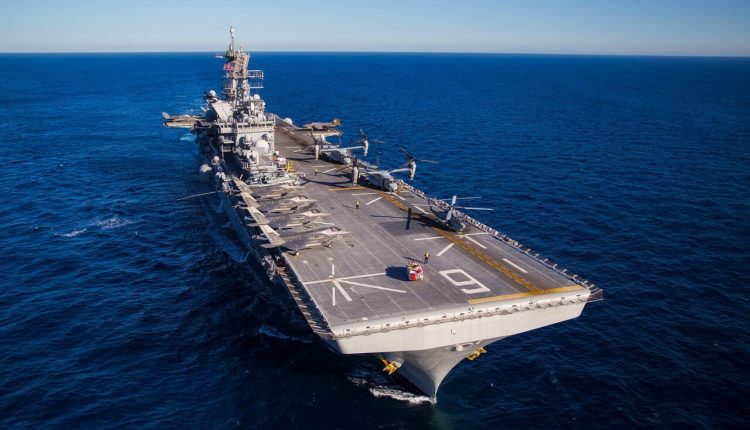 New Delhi: India has started the naval exercise in the Indian Ocean in collaboration with Japan and the United States on Monday between the ongoing conflict over the Sikkim border with China. This training will last from July 10 to July 17.

The activity which runs from the Chennai coast to the Bay of Bengal, have 18 warships (5 Americans, 11 from India and a couple of Japan), dozens of fighter jets, two submarines (one of India and US) with reconnaissance aircraft participated.

Given China’s expansionist policy and its rising steps within the disputed Southern China Sea, the warfare of India, the US and Japan’s navies in the Indian Ocean is being considered as a big strategic standpoint. This practice started in 1992 Malabar exercise series between India and US navies scope of this multi-faceted follow with the participation of the Japanese Maritime Self-Defense Force (JMSDF), is consistently increasing in complexity and involvement.

China is in nervousness with the mixed manoeuvres of India, America and Japan in Malabar. An English newspaper in China published a report on ‘Malabar Warfare’ mentioned that these manoeuvres are a risk to China’s safety. Though the Chinese International Ministry had given their response to India on Friday, that they had no objection to this naval exercise, however, they hope that all this will likely be for the peace of the region.

Vikramaditya would be the largest attraction of this naval exercise from India. Plane carrier INS Vikramaditya, after being added Navy in 2013, INS Vikramaditya, geared up with MiG-29 fighter jets, has joined this type of full army exercise for the first time. The US fleet contains a million tonnes of aircraft carrier USS Nimitz, Nuclear Energy-powered USS Nimitz and FA-18 Fighter Jets. Aside from this, US Navy’s USS – includes the Jacksonville submarine and P8A aircraft, together with Princeton, Howard, Shoup, Kidd Warship. If you have a look at Japan’s warlike fleet, then weighing 27,000 tonnes of helicopter carrier Izumo, helicopter carrier Izamo, JS Sazanami is included. At the same time, the Indian Navy has 11 warship INS Vikramaditya, a submarine INS Sindhudhwaj and P8I aircraft, together with Ranvir, Shivalik, Jyoti, Kirpan, Kora, Kamorta, Kalkat, Sukanya.