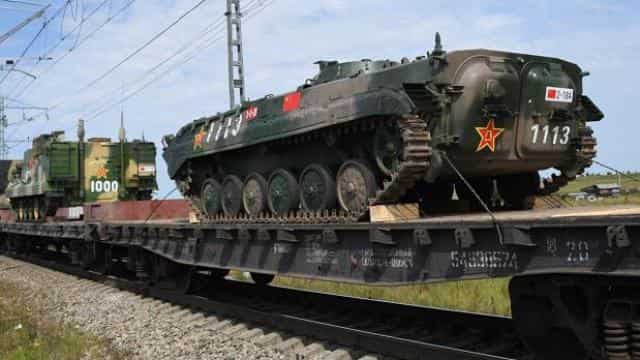 While most countries of the world are struggling with the Corona epidemic to bring their economy back on track, China is busy increasing its defense budget. The Korana virus, originating from the city of Wuhan in China, has sickened more than 5 million people worldwide so far. At the same time, the economy of many countries is broken. Millions of people have become unemployed due to the epidemic and lockdown.

This is the lowest increase in recent years

China has increased its defense budget from $ 177.6 billion last year to $ 179 billion. This is nearly three times India’s defense budget and the second highest in the world after the US. However, this is the lowest increase in recent years due to the huge disruption in the economy due to the corona virus. According to a draft budget report presented on Friday at the National People’s Congress (NPC), the country’s top legislature, China’s defense budget will grow at 6.6 percent in 2020. China’s official news agency Xinhua News reported that China’s defense budget will increase by less than 10 percent for the fifth consecutive year. China has the world’s largest military force of 2 million troops.

One-fourth of China’s total defense expenditure against the US

According to the draft defense budget submitted to the NPC, China’s defense budget this year will be 1,270 billion yuan (about 179 billion dollars). According to the report, China’s total defense expenditure in 2019 was one-fourth of that of the US, while per capita defense expenditure was equal to the 17th of the US. NPC spokesman Zhang Yusei denied the lack of transparency in China’s defense budget during a conversation with reporters on Thursday. Defense analysts say Beijing’s expansion of military and modern weapons is much higher than its declarations.

Zhang said that China has no “hidden military expenditure”. He said that China has been reporting its military expenses to the United Nations every year since 2007. He said, “Where does the money come from, where is it spent, everything is accounted for.” According to the Stockholm International Peace Research Institute (SIPRI), China’s defense spending in 2019 was US $ 232 billion.

China’s defense budget is about 1.3 percent of its GDP

Then the rumor of Mumtaz’s death went viral, the actress said – why do people want to kill me

Amazon Summer Sale, Up to 50% Off on Acy, Fridge and Home Appliances, Dhansu Mobile…