Chidambaram’s advice to the government on economy, know what he said in his tweet 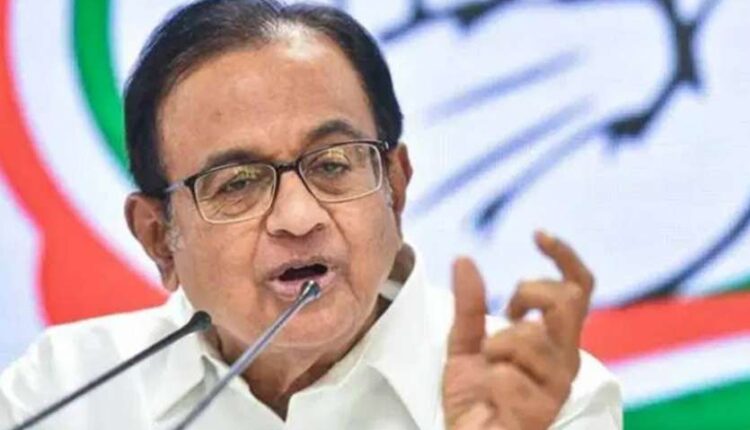 new Delhi. Former Finance Minister P Chidambaram on Sunday exhorted the government to increase spending on infrastructure to bring the economy back on track. Explain that the country’s GDP has fallen by 24 percent in the first quarter of the current financial year. Through a number of tweets, Chidambaram said, to improve the economy, it is necessary to increase demand.

Read also: 173 people applied for one post for railway job, online test to be held on December 15

Also advised
Cash transfer is necessary to 50% of poor families. Not only this, along with sharing of free food grains, it is also necessary to increase the expenditure on infrastructure. He said that the grain lying in the warehouses can also be used to make payments. By spending this way on public works, the financial condition of the bank will improve and they will be able to give more and more loans. He said that money would be needed to revive the economy. The government will have to take a loan for this.

Steps will also be taken
The government will have to simplify the provisions of FRBM. More debt will have to be raised this year. Disinvestment has to be accelerated. Use the $ 6.5 billion offer from the International Monetary Fund, World Bank, Asian Development Bank, etc. At the same time, he said that monetize the fiscal deficit, that is, take the money directly by giving bonds to the Reserve Bank.

Read also: UP ranks second in Ease of Doing Business Ranking, know which ranking is in your state

Kangana Ranaut’s retort to Sanjay Raut, your people are saying my jaw will break and kill, coming to Mumbai on September 9