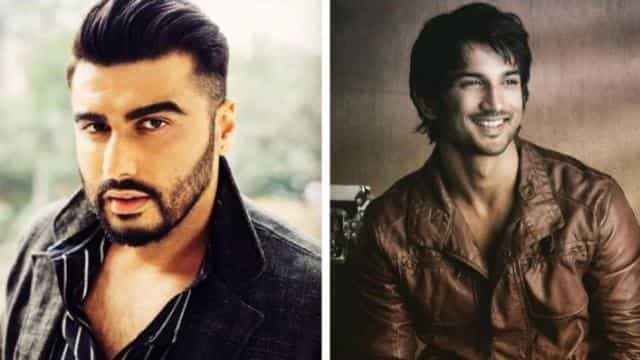 After the death of Bollywood actor Sushant Singh Rajput, there has been a sharp debate in the film industry about nepotism. People say that talented actors are not given a chance. Along with this, Sushant’s fans are fiercely targeting some celebrities on social media regarding nepotism. Meanwhile on Wednesday, the hashtag Arjun Kapoor and the hashtag Half Girlfriend are trending.

Actually, a 2015 tweet by famous writer Chetan Bhagat is going viral, in which he told that Sushant Singh Rajput will be seen in the lead role in the film Half Girlfriend, directed by Mohit Suri, which is based on his novel. The film will be shot early next year.

So it was supposed to be Sushant in Half Girlfriend but finally given to Starkid Arjun Kapoor. On whose direction? 4 https://t.co/ILwymnSeme

Arjun Kapoor did this movie finally because of Nepotism pic.twitter.com/UvkkpQttZ4

But later the film was started with Arjun Kapoor. Now users are arrogantly accusing Arjun Kapoor about this tweet. Mims are being shared on Arjun on Twitter. Users say that Arjun got the film Half Girlfriend because of nepotism.

However, during an interview, Sushant Singh Rajput had clarified the reason behind not doing the film Half Girlfriend. She said during an interview, I had agreed long ago for Dinesh Vijan’s film, which was offered to me before ‘Half Girlfriend’. At that time there was a confusion. We were told that we could shoot both films simultaneously, but that was not the case as both directors wanted time for it. Since I had said yes to Dinesh earlier, I had to opt out of Mohit’s film.