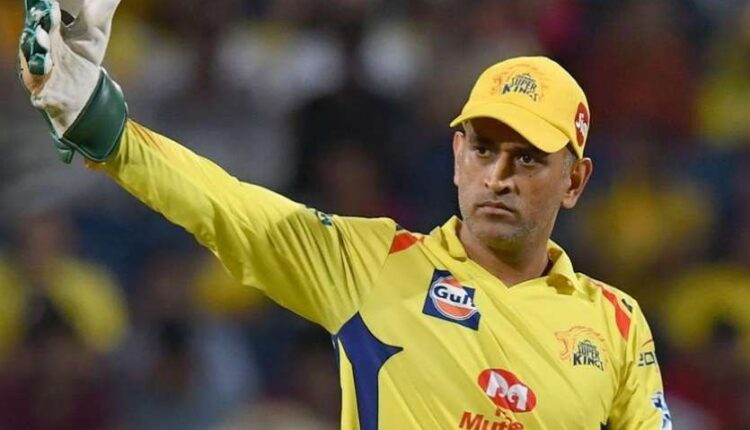 new Delhi. The protest that started after the world’s greatest batsman Sachin Tendulkar became the brand ambassador of Paytm First Games has not been quiet even now that the case of a country’s star player with the Chinese company has now come to the fore. This time the name of Mahendra Singh Dhoni, who won the World Cup for the second time and the most successful cricket captain of the country, has come up. In the Indian Premier League 2020, Chennai Super Kings captain Mahendra Singh Dhoni has joined the Chinese mobile company Oppo’s BeTheInfinite campaign. Let me tell you that at present, anti-Chinese environment is going on in the country. Every celebrity and institutions in the country are being appealed not to promote Chinese goods.

Dhoni associated with OPPO’s campaign
Mahendra Singh Dhoni, who has become a source of inspiration for crores of people, not only the country, but will try to pursue those youth who want to do something in their life under Oppo’s BeTheInfinite Capon. According to the company, through this campaign, people have to create a passion to pass more and more, so that they can achieve what they want to do. The company says that MS Dhoni is the role model for crores of youth of the country. He has shown through his life struggle that if you have strong will and desire to do something, then you can achieve any milestone. Oppo is collaborating with such people in India. According to a statement in the media report, Dhoni said, “I am very excited to be part of a project that aims to inspire people to push their limits and follow their passion.”

Protests like Sachin can begin in India
While Mahendra Singh Dhoni is working with the Chinese company to push the youth towards fulfilling their dreams. On the other hand, they may also be opposed to Chinese Collaboration in the country. Relations between the two countries have become quite bitter after the Galvan encounter. Even the people of the country have not left even Sachin Tendulkar, who is called Cricket God. Sachin Tendulkar has recently accepted to be the brand ambassador of Paytm First Games. After which protests have started from the trade organization CAT. Kat says that Paytm operates on the funding of the Chinese company. In such a situation, Sachin should not be associated with this company.