CEO of Zoom Video Communication gets $ 4 billion in assets, know what is the reason 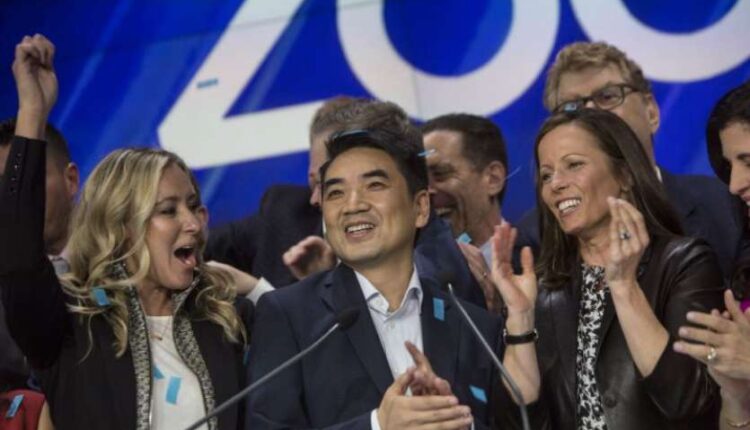 new Delhi. The assets of Zoom Video Communications CEO Eric Yuan on Monday saw an increase of more than $ 4 billion. Eric Yuan Networth’s wealth now exceeds $ 20 billion. According to the foreign media report, the company’s shares in the US markets had seen a tremendous rise in the coming of quarterly results of the company, which has benefited from the company’s CEO’s assets. Let us also tell you how much Eric Yuan’s wealth has become and what kind of figures the company has presented in the quarterly results.

CEO assets increase
On Monday, Zoom Video Communications CEO Eric Yuan’s assets rose by $ 4.2 billion. After which the total CEO’s net worth has exceeded ü 20 billion dollars. In the US markets, the company’s shares had increased by 26 percent, due to which the price of the company’s shares reached $ 410. The increase in shares also led to a jump in the CEO’s net worth.

The company had released quarterly results
Zoom Video Communications shared its findings for the second quarter of the current fiscal year ended July 31, which saw a $ 66.35 million jump in revenue as year-on-year amid restrictions imposed by Kovid-19 There has been an increase of 355 per cent in new consumers joining it. Zoom said on Monday at the end of the second quarter that it had about 370,200 consumers with more than ten deficiencies, a 458 percent increase over the same period last fiscal.

355 percent increase in income
Zoom founder and CEO Eric Yuan said in a statement that our ability to connect people around the world, taking care of every detail on our platform, increased income by 355 percent year-on-year in the second quarter. As more and more people have used the platform to connect among the restrictions imposed due to Kovid-19, its revenue has increased by about $ 237-239 million and by 281% increase over the last year. It has increased by 284 percent.

Annapurna Scheme: Government is giving 50 thousand rupees to women for business, know how to avail

PM Vaya Vandana Yojana: Fixed pension will be given every month even after retirement, know the process of investment