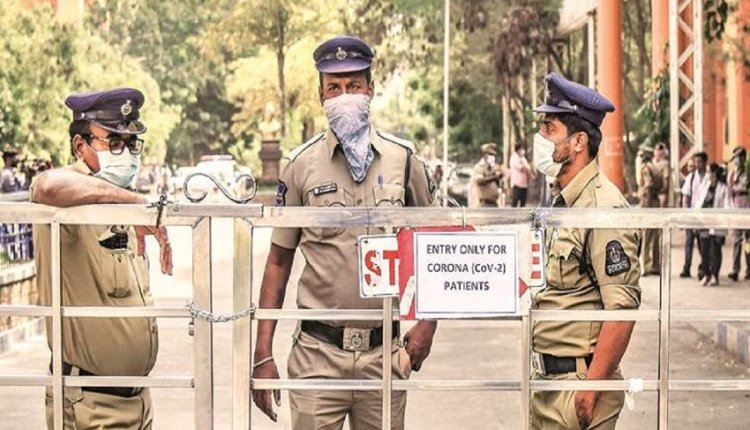 In a recent video conferencing meeting with Prime Minister Narendra Modi, Chief Ministers of several states had raised the demand that they be given more powers and concessions to set up zones in their state. Now the central government is also considering going ahead with this plan. The center will now include states in the plan to declare red, orange and green zones across the country.

A senior government official involved in the meeting of the Prime Minister and Chief Ministers told The Indian Express that states have been asked to share their views and inputs for this. These will be used to make the next list of various zones. Indeed, some states want complete independence for zone determination in the districts under their purview. It is reported that during the PM-CM meeting on Monday, a new Jones list was also circulated. However, it was later withdrawn.

Instead of declaring an entire district as a red or orange zone, many states now agree to keep only a few small areas in the zone. According to the source, some time ago a similar suggestion was made by the World Health Organization (WHO) and other experts.

Punjab Chief Minister Captain Amarinder Singh was the first person to raise the issue in a meeting held on Monday. He had said that since the states are responsible for any kind of container operation on the land, the decision of which district should be given and what kind of work should be done, is also better if the state will decide. This will allow states to strike a balance between controlling disease and starting economic activities.

Karnataka Chief Minister BS Yeddyurappa, Delhi Chief Minister Arvind Kejriwal and Rajasthan Chief Minister Ashok Gehlot have also proposed methods for determining very different zones. It is worth noting that earlier on April 30, when the first list of Containment Zone was received, some states had questioned it. West Bengal had asked its two states to be included in this list, where cases had not come for the last 14 days, but were kept in the Red Zone.