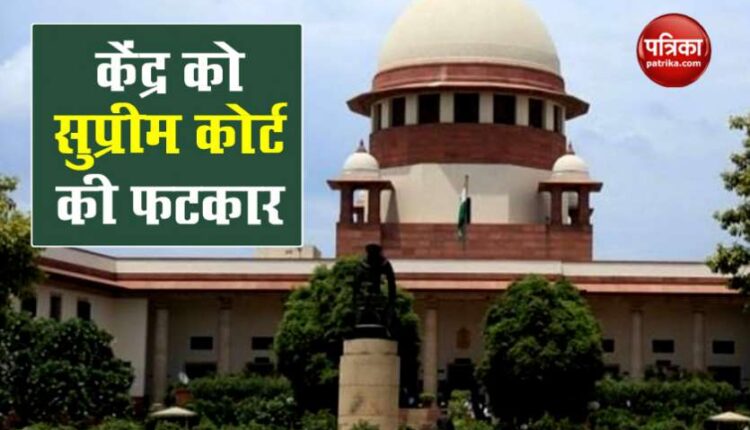 new Delhi. Reserve Bank of India ( reserve bank of india ) And during the loan Moratorium of the Central Government, the Supreme Court has become quite strict in the matter of recovering interest on interest after relief in EMI. The court has reprimanded the Central Government, saying that such a serious matter cannot be left only to the RBI. The government has now been ordered to clear its stand in this entire matter through affidavit within a week. Now the next hearing will be on September 1.

Can not leave everything on RBI
The Supreme Court clearly told the Central Government that such a serious decision cannot be left to the RBI. The government will have to come forward for this. The central government cannot take cover of RBI’s decision on this issue. The Center can waive interest on the loaned EMI of the people by exercising the rights under the Disaster Management Act in this case. It is not right to leave the decision to recover interest or not in the circumstances that resulted in the terrible situation due to the lockdown.

Also read: Jhunjhunwala’s investment in this company, know how many crores of rupees spent

Center cleaning
Solicitor General Tushar Mehta, appearing for the central government, said in front of the Supreme Court that the central government is working closely with the RBI to remove difficulties to the borrowers. He told the court that the attitude of the government and the RBI could not be different. On which the Supreme Court has asked the Center to take oath in a week to clear its stand on the issue of loan moratorium. Justice Ashok Bhushan said that the government should keep its stand clear.

Also read: Air India is not getting buyers, for the fourth time in a row, Bid’s last date has been pushed forward

What is the matter of interest on interest
The Reserve Bank has given an August 31 relief in EMI to provide relief to the unemployed in lockdown. During this time, banks are also allowed to collect interest at a normal rate from the cusps. Against this, a petition has been filed in the Supreme Court demanding a waiver of interest during the loan moratorium. According to the petitioner, the Government of India is repeatedly seeking to postpone the hearing, so far no affidavit has been filed. Both RBI and SBI are silent.