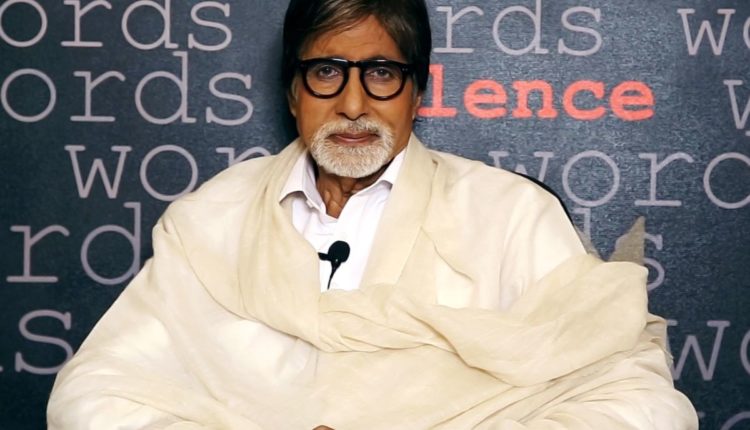 Actor Amitabh Bachchan has got into legal trouble. Reportedly, a case has been filed against him in New Delhi at the Ashok Nagar police station for wrongly singing the national anthem before the beginning of India versus Pakistan World T20 match at the Eden Gardens in Kolkata on Saturday.

Prior to the complaint, rumours were rife that Amitabh Bachchan has charged an amount of four crores to sing the national anthem. The news not only surprised his admirers but also came as a shock to the people. However, Saurav Ganguly, president of the Cricket Association of Bengal, falsified the rumours and clarified that the actor did not charge even a single penny.

“Can you ever imagine someone paying Rs 30 lakhs of his own pocket to perform? He booked his own flight, bought his own tickets and even paid the hotel bills. I literally begged him to take some money but he said that I am doing it for love and there is no question of money being involved,” Ganguly shared in an interview with Anandabazar Patrika.

So, do you think Ulhas is correct?