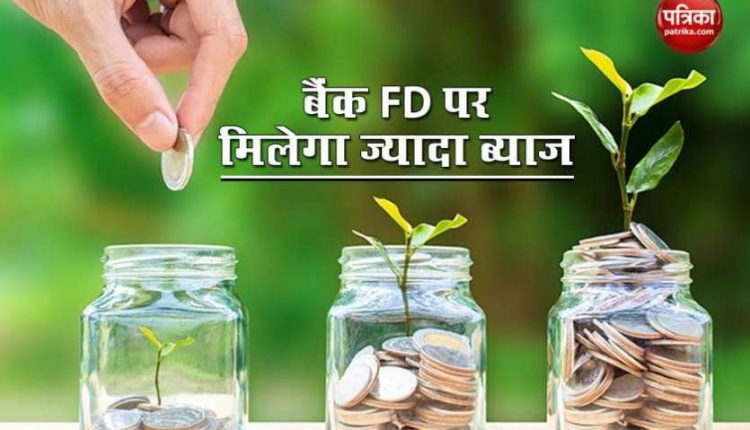 new Delhi. People often prefer to make fixed deposits to invest money, but since the Corona period, the interest rate was reduced considerably. In such a situation, people were searching for other options. But in the meantime, Canara Bank has offered the customers an increased interest rate. Under this, now you can get more interest on bank FD than before.

Canara Bank, the public sector, has raised interest rates of fixed deposits by 0.2 per cent. However, the benefit of increased interest will be given to those customers who have got FD for at least two years. According to media reports, customers who get FDs for more than 2 years and less than 3 years will now get 5.4% interest on maturity. Earlier this interest rate was 5.2 percent. At the same time, FD for more than 3 years and 10 years will get 5.5% interest on the customer. Earlier it was 5.3 percent.

The new interest rates have been implemented since November last. Special discounts have also been given by the bank to senior citizens at revised rates. Now senior citizens will also be given half per cent more interest on bank FDs than normal customers. Since the revision in interest rates, Canara Bank has become the highest interest-paying bank on fixed deposits of 2 to 10 years maturity period.