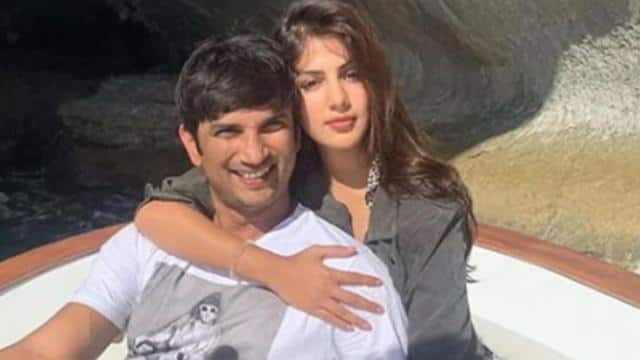 In the case of the death of Bollywood actor Sushant Singh Rajput, his father K.K. Singh’s lawyer Vikas Singh targeted the press conference on Wednesday evening. He alleged that the actor’s mental condition deteriorated only after actress Riya Chakraborty came into Sushant’s life. Vikas Singh also accused the media of running a campaign to defame Sushant’s family. He said that the accused Riya is being benefited by this.

Advocate Vikas Singh said, ‘Sushant Singh’s three sisters met me today and expressed grief that a campaign is being run in the media and the family is being maligned. The reason behind this is to benefit Riya. ‘

Vikas Singh said, ‘It is written in the FIR that Sushant Singh Rajput used to be very nervous after his mental condition deteriorated. On June 8, when Sushant was very nervous, he called his sister. Sister asks Sushant to eat the same medicine she used to eat herself. Vikas Singh said that all these things are already in the FIR, but despite this, some channels are running campaigns.

Sushant Singh Rajput’s father & sister have decided that no film / serial / book should be written / made without expressed consent of his father & without script being shown to him. If anyone goes against it, they will do it at their own peril: Vikas Singh, lawyer of Rajput’s father pic.twitter.com/LTnZ8hMFTM

Vikas Singh said, ‘Sushant did not have any life insurance policy. This is also the way to protect the accused and run false things. If all this does not stop, then action will be taken against the channel which is running.

Sushant’s father’s lawyer said that the family has decided that if a film, book etc. is written or made in the name of the actor, then his father’s written consent will have to be taken. If this is not done then strict action will be taken against it.

Significantly, Sushant Singh Rajput died on 14 June at a flat in Bandra, Mumbai. Sushant was found hanging from the fan in his room. Initially, the Mumbai police was investigating the case, but later the case was handed over to the CBI following an order from the Supreme Court. In this entire case, CBI has made Sushant’s girlfriend Riya Chakraborty the main accused. The investigating agency has interrogated several people, including Riya, for the last 10-12 days.